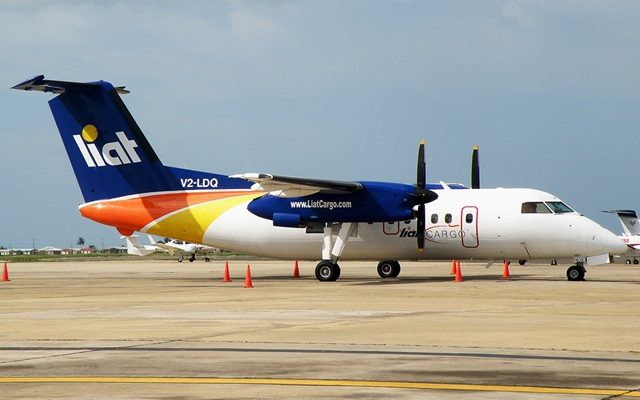 Following Government’s announcement that some unemployed expatriates may be forced to return home, many are now worried about reimbursements from LIAT which is up for liquidation.

This was confirmed on June 27th by the Prime Minister of Antigua and Barbuda, but more clearly expounded on last Friday in a press letter via LIAT’s Facebook page that reads “During this suspension, we have been working with a view to restart our operations as soon as possible. While the Board and Shareholders have considered numerous proposals to safeguard the survival of LIAT, the COVID-19 crisis has created unprecedented challenges. These challenges have led to options which include a proposal to liquidate the airline.”

The airline which bridges the gap between 15 Caribbean destinations, has also failed to provide an update on reimbursements, leaving some BVI residents in a predicament. The press letter said “Further information about LIAT’s future will only be available after LIAT’s next Annual General Meeting which has not yet been scheduled.”

Two concerned residents have since spoken to local media, fearful that monies invested will not be reimbursed.

The first is a former hospitality supervisor who become unemployed as a result of COVID-19 and was left with no other option than to return home. She proceeded to book a flight home with LIAT, but in light of the company’s new challenges, she is worried that the road home will be long.

She said “I’m concerned that I may not receive a refund as I would’ve booked my return flight with LIAT, which was my sure way home. The airline’s liquidation will definitely affect me as not many regional airlines fly directly between Barbados and Tortola.

“This would require me to spend at least $500 or more to book another flight out of the territory,” she added.

Another resident is duly concerned that he may not be able to recoup credit from the airline.

He said “I had planned to take my vacation in Barbados in the month of April and I would’ve booked a round trip in March, which cost me $429.70. After COVID-19 was declared a pandemic and started affecting various islands in the region, LIAT announced the cancellation of all flights and credited my account with the money for the ticket”.

“At first I was looking forward to the resumption of their flights after many borders in the territory had started reopening, but after several postponements of their resumption of flights, then hearing the news of a possible liquidation of the airline, that’s where my worries started” he said.

COVID-19, beyond a doubt has not only brought the travel industry to a halt, but bankrupted many of the inter-related brands we know. LIAT, headquartered in Antigua and Barbuda is one such brand that faces liquidation following a series of unsuccessful months due to COVID-19.

It was announced that the airline will be formed into a new entity that will provide vital connections between the Caribbean islands. It is unclear if the new claimants will honor reimbursements.