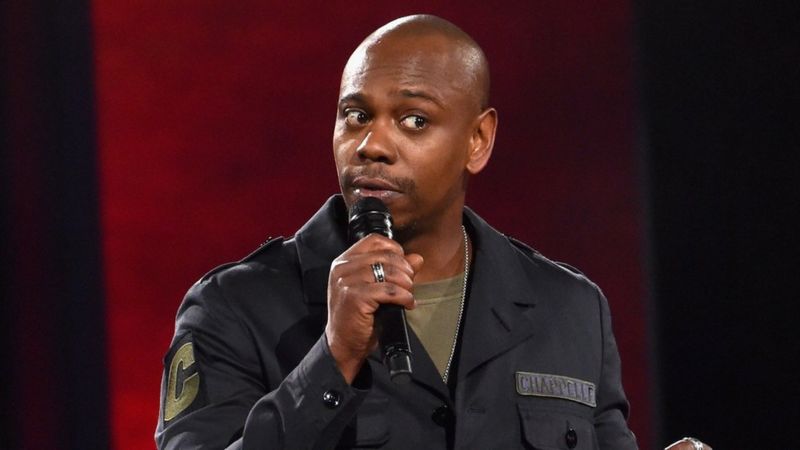 Netflix has removed comedian Dave Chappelle’s 2000s sketch show after he complained he wasn’t getting paid as part of the deal for it to be streamed.

But in excerpt from a recent stand-up gig that he posted on Instagram, he claimed he “never got paid” royalties after the show’s original run.

“People think I made a lot of money from Chappelle’s Show,” the 47-year-old said in his routine. “When I left that show I never got paid.”

He claimed he was “desperate” when he signed his original contract, and that its terms mean ViacomCBS and other parties can rebroadcast Chappelle’s Show without being obliged to pay him.

“I found out that these people were streaming my work and they never had to ask me or they never have to tell me,” he said. “Perfectly legal because I signed the contract.”

On that show, the comedian joked that his great-grandfather William Chappelle, who was born in slavery in 1857, would have thought his descendent had been “bought and sold” more than he had been.

Netflix, HBO Max and ViacomCBS have yet to comment.

In the video he posted on Tuesday under the title Unforgiven, Chappelle alleged that Netflix and HBO Max had decided to stream the series after his SNL hosting role was announced.

“The day I committed to [SNL], it gets announced that Netflix is streaming Chappelle’s Show,” he is seen saying. “Not just Netflix; HBO Max is streaming it too.”

Chappelle said the news made him “furious”, and that he had called Netflix to tell them “this makes me feel bad”.

“And you want to know what they did?” he continued. “They agreed they would take it off their platform just so I could feel better.”

The comic went on to praise the streaming service for going “above and beyond what you could expect from a businessman”.

He said: “They did something just because they thought that I might think that they were wrong.”

Chappelle signed a multi-million-dollar deal with Netflix in 2016 to make a series of stand-up comedy specials.

In the video, the comedian also called on ViacomCBS’s shareholders to “tell them it’s wrong” to allow Chappelle’s Show to be streamed on outlets it owns.

“You should know what’s in the hotdogs you eat,” he added.