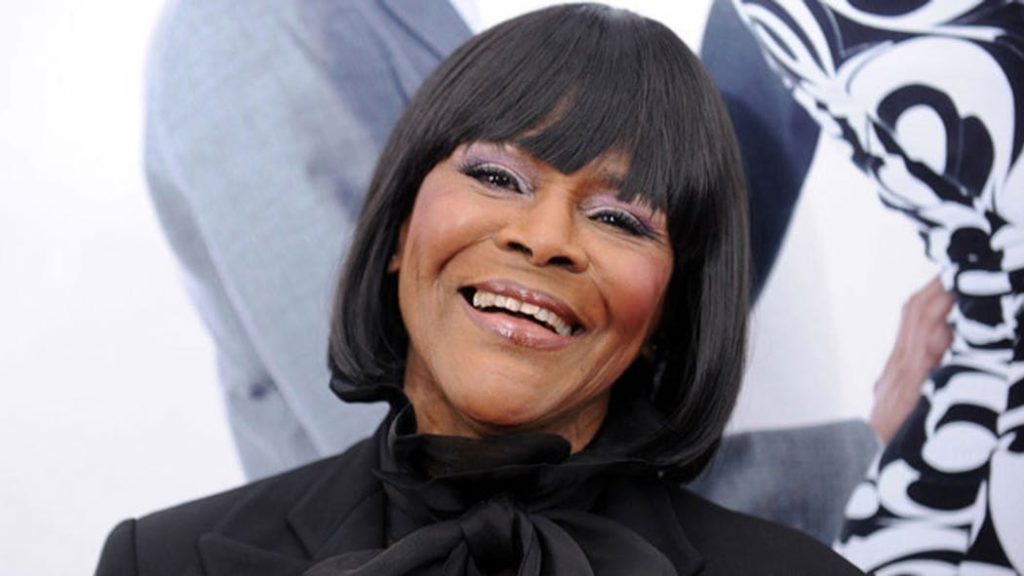 Cicely Tyson, an award-winning icon of the stage and screen who broke barriers for Black actresses with surpassing dignity, died Thursday, her longtime manager Larry Thompson confirmed to CNN.

She was 96. A family statement did not reveal the cause of death.

The actress chronicled her lengthy career in her first memoir, “Just As I Am,” which was just released Tuesday.

Tyson embodied African American women who demanded attention — and more than that, respect. She played former slaves, civil rights icons, sharecroppers, truthtellers, mothers and other complicated women — bringing a sense of depth, nobility and grace to every character.

Yet she said her most important accomplishment happened in 2016 when President Barack Obama awarded her the Medal of Freedom.

“In her long and extraordinary career, Cicely Tyson has not only exceeded as an actor, she has shaped the course of history,” Obama said that day.

Tyson described that moment as “the most important thing that could happen to me. “I am one of three children, grew up in the area that is now known as El Barrio and that was the East Side (of New York),” she told TV host Steve Harvey. “To come from there to the White House with the first black President … to put that medal around my neck: Where can you go from there?”

Tyson continued to act well into her 90s, telling Time magazine that she had no plans to retire.

“We have to honor this blessed gift that we have. That’s what keeps you going. Keeps your mind fluid — your heart, your whole being,” Tyson, then 94, said. “You can’t just stop, because that will be the end of you.

“Tyson was born December 19, 1924, in New York to William and Theodosia Tyson. Early on, she gravitated toward performing, playing piano and reciting in her family’s church when she was a child. She later attended New York University.

Tyson said she was “the bane of her mother’s existence” because she couldn’t keep still when she was little.

“I was always going, I was always trying to find things, learn things, make things,” she told Harvey. “So I drove her crazy.

“As an adult, Tyson began her entertainment career as a model when she was discovered by a fashion editor at Ebony magazine in the 1950s. She had substantial theater parts in the early part of the decade and was on television regularly in guest-starring roles by the mid-1960s.

It wasn’t until “Sounder” in 1972 that she had her big breakout movie role. She portrayed the family matriarch in the film about Depression-era sharecroppers and their hunting dog, based on a William H. Armstrong novel.

She was nominated for an Academy Award for her work in the film — her only Oscar nomination. It would be another 45 years before she took home the golden statue when she received an honorary Oscar in 2018, the only Black woman to do so.

In 1974, she starred in “The Autobiography of Miss Jane Pittman,” a television movie based on a novel by Ernest Gaines. Tyson was the title character, a woman born into slavery who lives well into the 20th century and takes part in African Americans’ struggles for civil rights.

She won two Emmys for the role — best actress in a drama and actress of the year. During her career, she would win a total of three Emmy Awards out of 15 nominations.

Tyson married jazz trumpeter Miles Davis in 1981, but their union ended in divorce in 1988. She reflected on her one and only marriage in a 2013 interview with CNN’s Don Lemon, describing her relationship with the jazz legend as “tumultuous” but one that also included “some of the most incredible moments in my life.

“As her career progressed, generations of entertainers who had grown up admiring Tyson clamored to work with her and gushed about her work.

Actress Angela Bassett, who worked with Tyson on the film “The Rosa Parks Story,” proclaimed Tyson as one of her top influences.

Tyson’s roles “were my earliest acting teachers, history teachers, life teachers,” Bassett said at a 1997 ceremony honoring Tyson with a star on the Hollywood Walk of Fame.

“Cicely Tyson chose to empower us when we didn’t even know it was possible for us to be empowered. For six decades, she has been diligent in her pursuit to better us all,” screenwriter and director Tyler Perry said when Tyson received the Medal of Freedom.With acting roles in at least 90 movies and TV series dating back to the 1950s, demand for Tyson’s skill and grace never abated as she got older. She got roles in TV series such as “House of Cards” and Perry cast Tyson in several of his films beginning in 2005.

Oprah Winfrey, who has cited her as a standout, groundbreaker and inspiration, honored Tyson at her famous Legends Ball, celebrating the actress and ensuring that she, and her work, would be introduced to a new generation of film enthusiasts.

She appeared last year on “Cherish the Day,” Ava DuVernay’s series on the Oprah Winfrey Network.

Other actors publicly named her as their top role model in the field.

“Ms. Tyson has always been my muse,” Academy Award-winning actress Viola Davis, who insisted Tyson be cast to play her character’s mother on the television drama “How to Get Away With Murder,” wrote in Vanity Fair magazine. “She is excellence. She is courage.

“In 2013, Tyson won a Tony Award for her work in “The Trip to Bountiful.” It was her first nomination. She later starred in a TV movie based on the play.

Tyson consciously embraced breaking boundaries. In her acceptance speech at her Hollywood Walk of Fame ceremony, she referenced the Langston Hughes poem “Mother to Son” to explain how she’d lived her life and career.

“All the time, I’ve been climbing on, reaching landings, turning corners, and sometimes going in the dark where there ain’t been no light.”