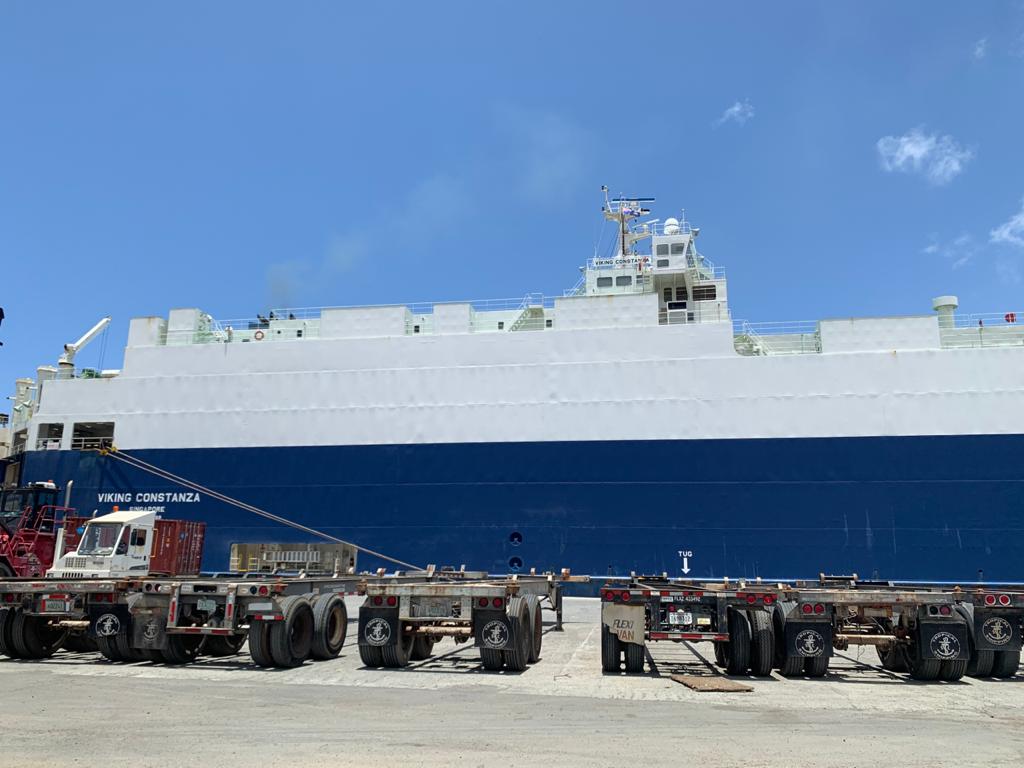 The British Virgin Islands Port Authority, today facilitated the clearance of over 100 vehicles that were refused entry into the territory following the pandemic. According to reports, the shipment was initially turned away by the authority, resulting in hefty costs being incurred by the customers.

This revelation was made by Managing Director of Island Shipping, Christopher Haycraft who said that efforts to clear earlier proved futile when the ship was turned away by the port. “We had to then write a letter to try and understand why the Port Authority would allow us to bring the ship to the dock, why the government — the Environmental Health [Department] — would give us permission to bring the ship to the dock but then the Port Authority would turn around and say ‘you can’t discharge your cargo’,”

At that time BVIPA had expressed that non-essential cargo will not be cleared due to Coronavirus-induced health concerns.

However, that was strongly disputed by Mr. Haycraft who said other shipping companies were given preference to clear cargo. He said “I am being blocked from operating in the same manner as other agents and other carriers by this letter … and I feel immensely frustrated because I cannot get an answer from the Governor’s Office, the Deputy Governor’s Office, the Premier’s Office or the Port Authority — all of whom I have written to,” he added.

By that March 22nd, the company and its customers had inherited over $50,000 in storage expenses after being forced to dock in the region.

The vehicles were finally off-loaded today.