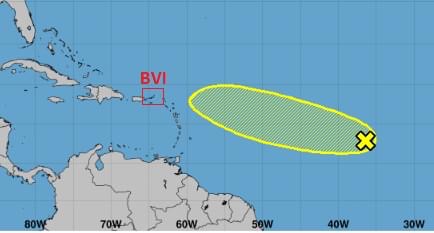 The BVI Department of Disaster Management have made reports of a tropical wave developing in the Atlantic Ocean.

BVI DDM stated “a tropical wave in the eastern Atlantic is currently showing a 10 percent chance of development according to the National Hurricane Centre.”

They additional said “This wave is moving West North West at around 15 – 20 mph and is approximately 2300 miles for the British Virgin Islands.”

Forecasters have given the wave a 20 percent chance of development within five days. At its current speed the tropical wave will be i in close proximity of the Lesser Antilles around Tuesday.

Persons are encouraged to be vigilant and stay in a state of preparedness.

More information will be provided as it becomes available. 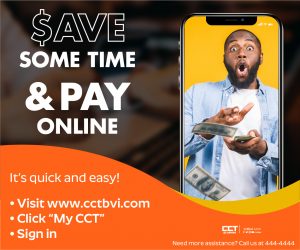