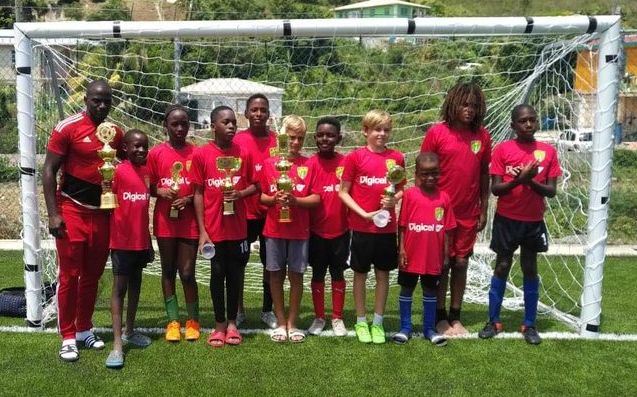 A press release issued by the BVI Football Association stated that, The Reds are the U12 Youth Festival Cup Champions after defeating the Blues 2-1 in the decisive game of the Championship which took place on Saturday 15th August 2020 at the National Stadium, East End / Long Look, Tortola.

Team Green and Team Orange were also in action, competing in round robin league playoffs to determine the positions for the Championship finals.

In the final, T’Andre Frett scored twice to secure the win, whilst Christian Vanterpool netted a consolation for the Blues.

On the way to the Championship game the Reds were off and running with a 2-1 win over the Greens as goals by Othneal Gillings and Charlie Potgeiter sandwiched a strike by Latriel Williams, but were then held to a 0-0 draw by the Oranges and in the semifinal they faced the Greens again, coming out comfortable 3-0 winners with eventual Golden Boot recipient, Gillings firing home a hat trick.

The Blues secured their place bouncing back from losing 0-1 to team Orange on a goal by Quinn Poscoe, by holding the Reds to a stalemate and then beating the Greens 1-0, to reach a semifinal against the Oranges, which they won 2-1 with Vanterpool scoring a brace, whilst Myles Penn netted for the Oranges.

In the other games played, Green played Orange to a 1 – 1 draw with Latriel Williams and Sam Potgieter both finding the net and Orange redeemed themselves by defeating the Green team 2-1 to capture the third-place position.