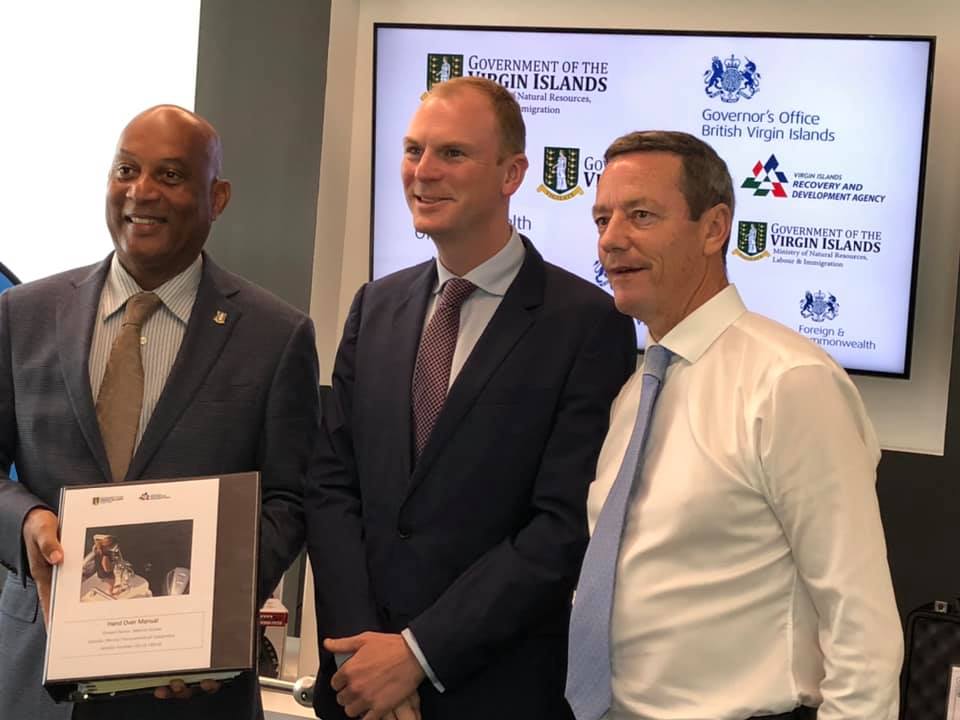 His Excellency The Governor Augustus J.U. Jaspert has announced that his tenure as Governor will expire at the end of 2020, making way for the appointment of a new representative from the United Kingdom.

Governor Jaspert said “as you know, I have served as Governor to the Virgin Islands for just over three years. A great deal has happened during that time, but one thing that has remained constant is my commitment to serving the people of BVI. Many of you will be aware that I am due to finish my time as Governor at the end of 2020. As I approach the end of my appointment as Governor, I would like to update on the plans for my succession.”

“On a personal level, my family and I will be sad to leave the people and beautiful islands that have made us feel at home. I am very grateful for the opportunity to have met and worked with so many inspiring individuals and to have served the people of BVI over the past years. I am also grateful that I was able to extend my appointment so that I could stay on to help the Territory plan and deliver our immediate response to the unprecedented circumstances we have faced this year,” Governor Jaspert further added.

The new Governor has been identified as John Rankin CMG who has more than 30 years of experience in the public service, most recently serving as Governor to Bermuda. He is set to begin in the new year.

Governor Jaspert expressed his confidence in the incoming Governor. He said “After discussions with Mr Rankin, I felt that a new Governor should have time to settle ahead of a new financial cycle, hurricane season and other opportunities and challenges that 2021 may bring. Mr Rankin will be an excellent Governor to the Virgin Islands.”

The Governor further reiterated his commitment to finishing the term strong adding “in the next months, I remain firmly focused on the key issues facing the Territory. This includes helping the Territory to implement the next phases of the COVID-19 response; continuing hurricane preparedness work throughout the season; improving our security and justice systems so they continue to deliver for the people; and supporting good governance and public sector transformation. I will also be working to ensure a smooth transition to my successor in the New Year.”

His Excellency The Governor Augustus J.U. Jaspert was sworn in as the 13th Governor of the Virgin Islands at the Swearing-in and Welcome Ceremony held on August 22, 2017 and will served two consecutive terms by the end of his term in December.