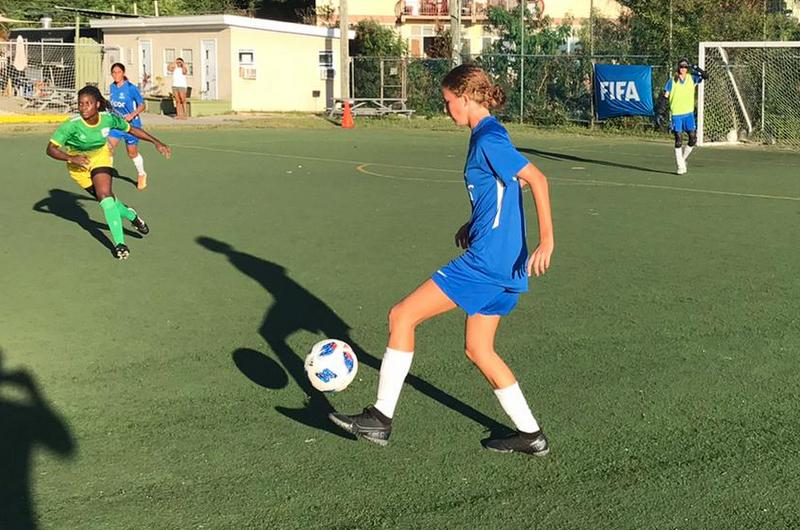 The Wolues FC stayed on course for what could be a perfect season in the FA’s Futsal League with a 2-0 victory over VG Utd on Saturday 12th December at Cedar School.

Once again, the Women had to demonstrate their composure, patience and skill to break down a well-organized, compact defense, whilst being mindful of their opponent’s ability to hit them on the break and again they proved highly adept at overcoming even the most tenacious tackling of VG Utd.

“If there was anything lacking, and I think the girls would agree, it would have been the finishing” remarked Coach Walter Reich. “In these types of tight matches, it really helps loosen the team up if the early opportunities can be converted into goals.”

Gabi Jermyn, Tola Broderick and Darci Reich each had opportunities to put the Wolues up in the first 10 minutes, but the shots were either saved or went wide, but Tola Broderick finally broke the deadlock, latching on to a pass from Reich and making the net ripple for a 1 nil lead.

With the game 1 nil, Coach Peter Van Zoost would make some strategic changes by bringing on both Zolita Bamford and Jhaniqua Collymore, who despite bringing some fresh energy to the team were unable to add to the score line and the first half ended 1-0

Within seconds of the restart Tinia Van Zoost pulled off a smart save, diving low to her right to keep the Wolues ahead and seemingly gaining more confidence or shocked into a reaction, the Wolues started to turn on the style.

Reich’s curling attempt heading towards the upper right corner of the goal could only be blocked by a defender’s hand and Reich then stepped up to send the keeper the wrong way from the penalty spot to make it 2-0.