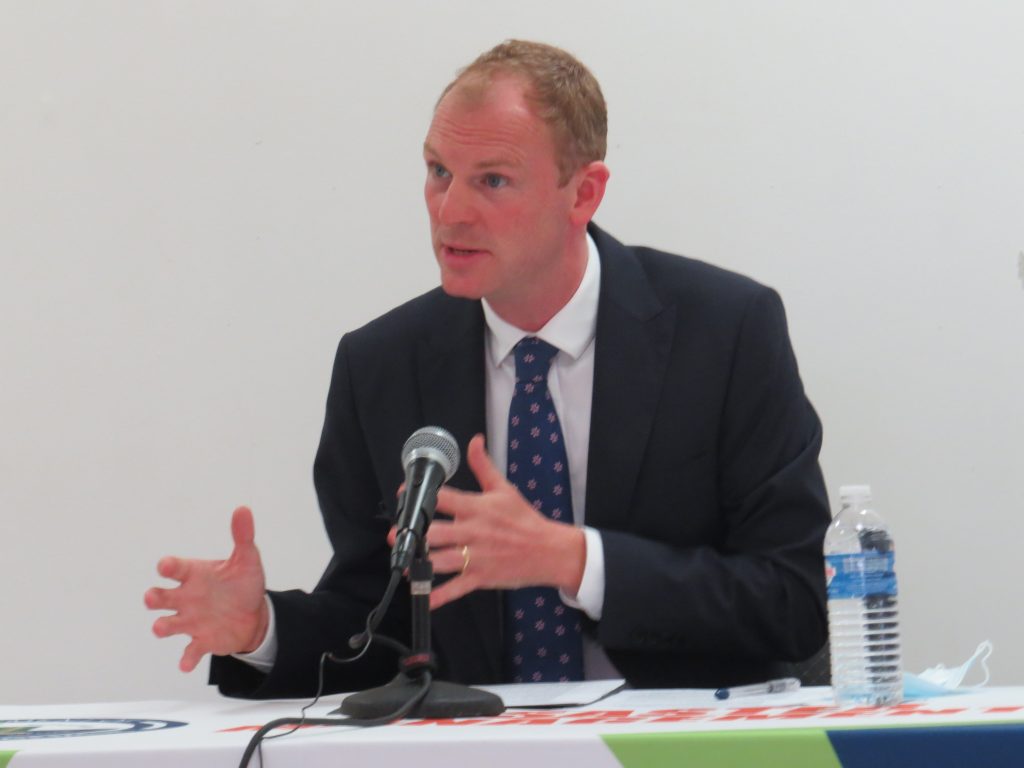 Yesterday, the residents of the British Virgin watched as the Governor of the Virgin Islands, His Excellency Augustus J.U. Jaspert announced the establishment of a Commission of Inquiry.

In his statement, Governor Jaspert listed a number of allegations that have been reported against present and successive Governments of the Territory.

One resident of the BVI took to social media to express their sentiments on the Governor’s announcement.

He said “The Governor has lost my support! The governor’s recent stunt has left me questioning his motives. Is this really about accountability? Are you genuinely concerned about good governance? Because in my opinion, the invitation to the international media to attack the territory with sensational headlines; is a step too far! This act is reeked with the revenge of a bitter enemy and not the purest concerns of an ally.”

The resident explained that they are not against the forming of the Commission because they are a strong supporter of good governance.

He continued “Now, I am a strong supporter for good governance and do believe that the government should be held accountable in the management of the people’s business. However, given what I considered to be attacks on the territory’s financial services – by the UK – in recent years,

I’m beginning to believe that there’s something more sinister at play here. I could be wrong for entertaining this train of thought, but based on yesterday’s deliberate attempt to instigate global condemnation of the BVI, I’m feeling justified in my conviction.”

The resident is calling for the Governor to apologize for his harsh and what seems to be retaliatory “media avalanche”.

He continued “The reality is that if the UK and the Governor – who are supposed to be looking out for our interests – continue to expose the territory in a negative light, then sooner rather than later our eroding creditability as a safe and compliant jurisdiction will become damaged and possibly irreversible.

I am sincerely concerned and as such I am of the opinion that a bruised ego is not enough to justify the global impression of a completely corrupt territory, when that is not entirely accurate. Especially given the devastating impact this could have on our ability to survive as a people. I’ll end with this question as a summary of my concern: is this really about good governance?”

Once the news hit, international media outlets especially from the United Kingdom, immediately rolled out the headlines.

One headline from a UK press stated “Millions of pounds of taxpayers’ cash feared stolen in ‘corrupt’ British Virgin Islands.”

The headlines were viewed as ambiguous and fallacious.

Another resident reposted the social media post mentioned above and said “Another perspective and very well written by “Facebook User”, I too was concerned yesterday that it was in UK press and other international media almost before we knew. Was it leaked or was it planned that way?”

Residents are questioning the Governor’s and the United Kingdom’s Government motive and intentions as this debacle continues to unfolded.