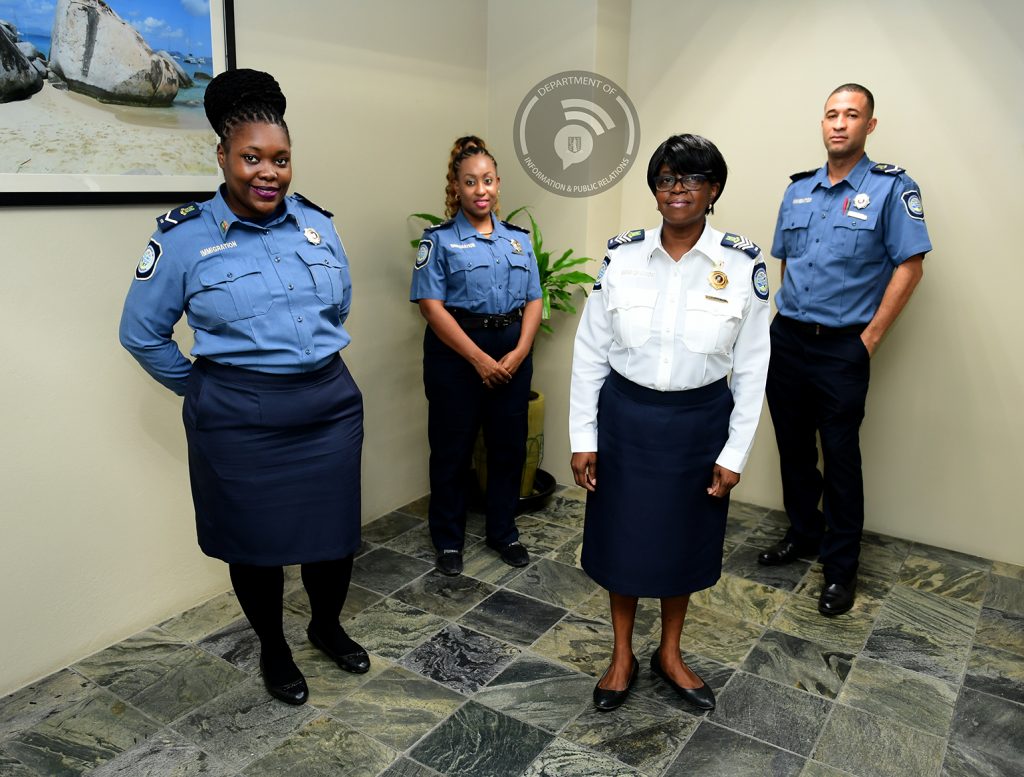 On Monday, February 15 the customers who conducted business with the Department of Immigration had their first look at the officers wearing the newly designed uniform.

Chief Immigration Officer, Mr. Ian Penn expressed his approval of the new uniform and believes that his officers share the same sentiment. Mr. Penn said that Immigration Officers demonstrate a level of authority and respect in their daily duties as law enforcement officers. He further stated, “The change of uniform is just one part of the Department’s ongoing initiatives, and I am very happy and proud to see the new image being portrayed at our Ports of Entry. It is also important to note that Senior Officers will continue to wear a white shirt which serves to distinguish seniority from other officers at the Ports.”

Minister for Natural Resources, Labour and Immigration, Honourable Vincent Wheatley stated, “I am quite pleased to see another positive change within the Immigration Department as it continues to build upon its service to the public. The new uniform is one of many changes being made in the department with many more to come.”

The Department of Immigration continues to play a vital role in maintaining security and prosperity in building a stronger and better B.V.I. The Department utilises fair but firm immigration control measures which serves to regulate and facilitate the movement of people throughout the Territory’s borders, while exercising sound judgment in a courteous manner in accordance with B.V.I. Immigration laws.