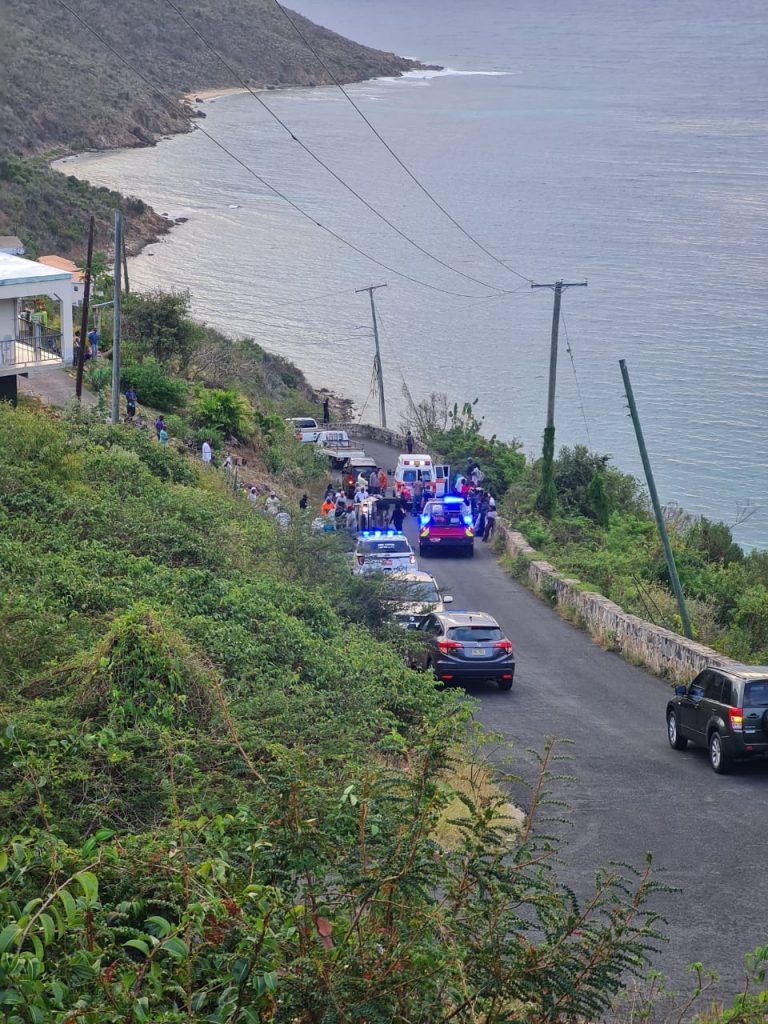 The Royal Virgin Islands Police Force is investigating a crash that occurred early this morning leaving two people in critical condition and two others injured.

This was confirmed by RVIPF Information Officer Dianne Drayton who said “Police can confirm that they attended at lone vehicle accident in Virgin Gorda. Four persons are being treated for injuries; two are in serious condition.”

A video circulating on social media shows at least two of the victims who appear to be critically injured. They were being attended to by group of concerned residents.

According to reports, the accident occurred around 7am as the victims were in transit to Gun Creek.