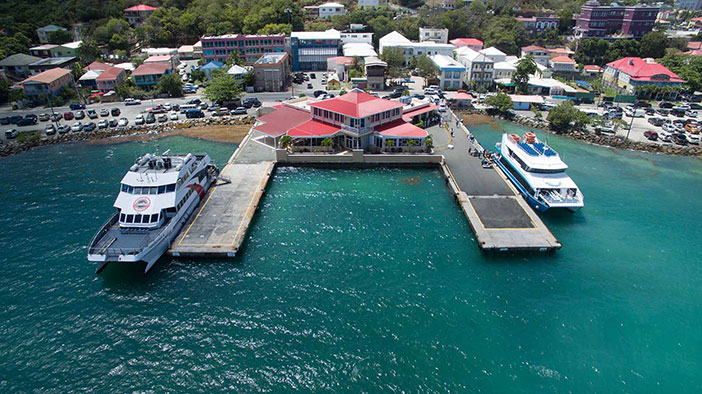 Less than two months after the rerouting of domestic ferry travels to the Cyril B Romney Tortola Pier Park, the BVI Ports Authority (BVIPA) has announced that all domestic travels via ferry will return to the Road Town Jetty from this Sunday June 13.

The BVIPA made the announcement in a media release which was published on Wednesday June 9.

“The British Virgin Islands Ports Authority (BVIPA) would like to notify the public of the return of domestic ferry passenger operations to the Road Town Jetty on Sunday, 13 June 2021,” the release stated.

It added, “Health and safety protocols have been put in place and structures have been established to ensure the safety of both domestic and international ferry passengers as they utilise the seaport.”

The BVIPA also stated that the present schedule for both domestic and international ferry passenger operations will remain the same.

The initial rerouting had sparked many criticisms from both the public and the Opposition Leader Marlon Penn, who felt the abrupt change would have disadvantaged those residents on the sister islands of Anegada and Virgin Gorda.

The BVIPA thanked those travelers to the sister islands for their patience and understanding, stating that the adjustments of the ferry operations are to safeguard residents and guests of the territory during the COVID-19 pandemic.