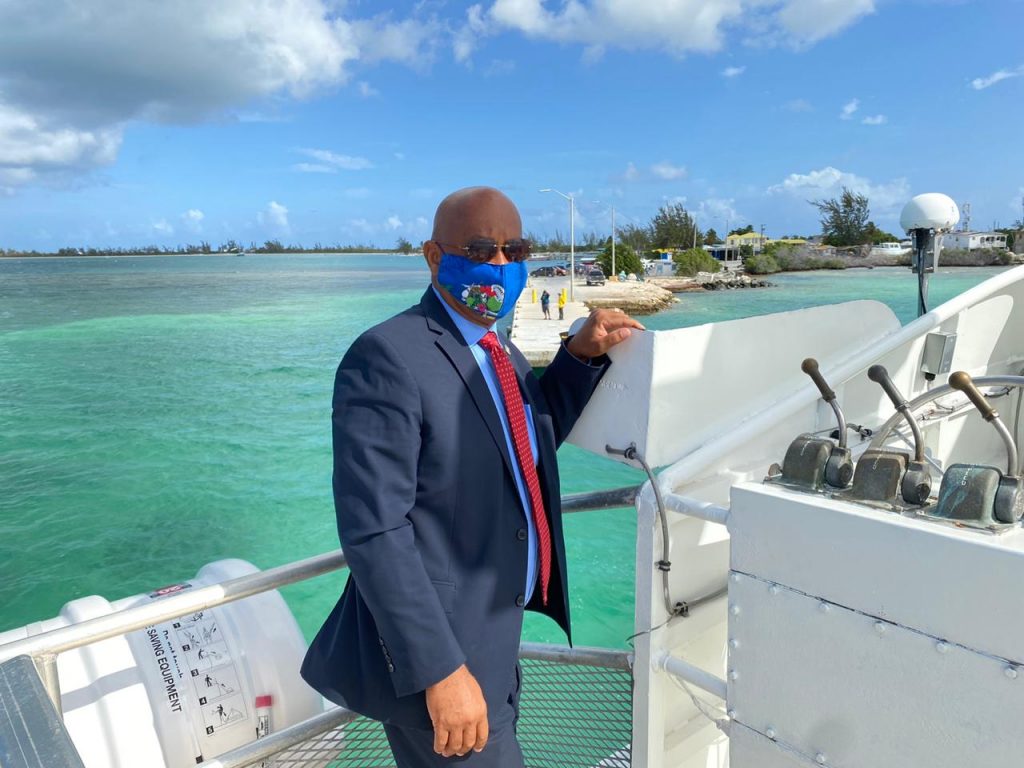 The BVI government has been proactive in their measures to protect coral reef damage from both small and large vessels and are considering implementing no-anchoring-zones to further protect the endangered natural resource.

This is according to the Minister for Natural Resources Vincent Wheatley who made the statement in an invited comment to 284 Media.

The comment was based on reports which alleged that $570 million (BDS $1.14 billion) worth of damage was caused to Barbados’ coral reefs from anchored cruise ships during the heightened period of the COVID-19 pandemic in 2020.

The minister said that these measures included a mooring ball system that previously existed and revealed that going forward to further protect the reefs, his ministry will be looking into having no-anchoring-zones.

He said, “What was instituted in the past was the mooring ball system. That they have significantly protected our reefs. What we have to do going forward is to have no anchoring zones, it is a little more complicated but it is something that we’re looking at now. How do we institute no anchoring zones to protect our reefs in particular areas?”

Anchoring an issue in the BVI

Minister Wheatley also said that the BVI has also experienced issues of large vessels anchoring in the territory.

“The BVI have a lot of dead reefs around near shore and so forth but a lot of reefs are still alive and vibrant, yet the issue of cruise ships or bigger boats anchoring is an issue that we have to look at to make sure they aren’t destroying coral reefs when they anchor. So one of the ways that we intend to attack that is to look at the possibility of looking at no anchoring zones or bringing in more mooring balls into the BVI,” Wheatley explained.

The report on the damage caused on Barbados’ coral reefs was prepared by the Centre for Resource Management and Environmental Studies (CERMES) at the University of the West Indies Cave Hill Campus, which was published in a recent Barbados Today news article.

The report which is entitled “Assessing anchoring impacts of cruise ships in Barbados during the COVID-19 pandemic of 2020” stated that 3.8 million square meters of damage was done to the reefs during the months of March 2020 and September 2020.

The damage cost was calculated using Barbados’ Coastal Zone Management Act which states that damaging coral reefs is an offence that carries a fine of $300 per square meter.

During the aforementioned period, it is documented that 28 cruise ships stayed in relatively shallow waters on the outer banks of the island, which led to 132 anchor drops taking place in popular areas such as Port St. Charles and other areas in the southern end of the West Coast.

A huge policy failure & reefs unlikely to repair themselves

CEREMES linked the disastrous outcome to a number of policy failures in the management of coral reefs in Barbados which allowed cruise ships to anchor in these coral-rich areas.

“[This research] highlights the need for better communication of information and analysis of costs and benefits to better inform policy decisions and actions that impact the marine environment,” the report stated.

“The damaged corals and other reef biota will take many decades to regrow, and the reef framework is unlikely to ever repair itself under current conditions of climate change. Whilst it may be tempting to offer reef restoration as a solution, this is not a practical option for the extent of damage witnessed in this study, especially given the fact that the damaged reefs are in excess of 20 metres deep,” the report added.