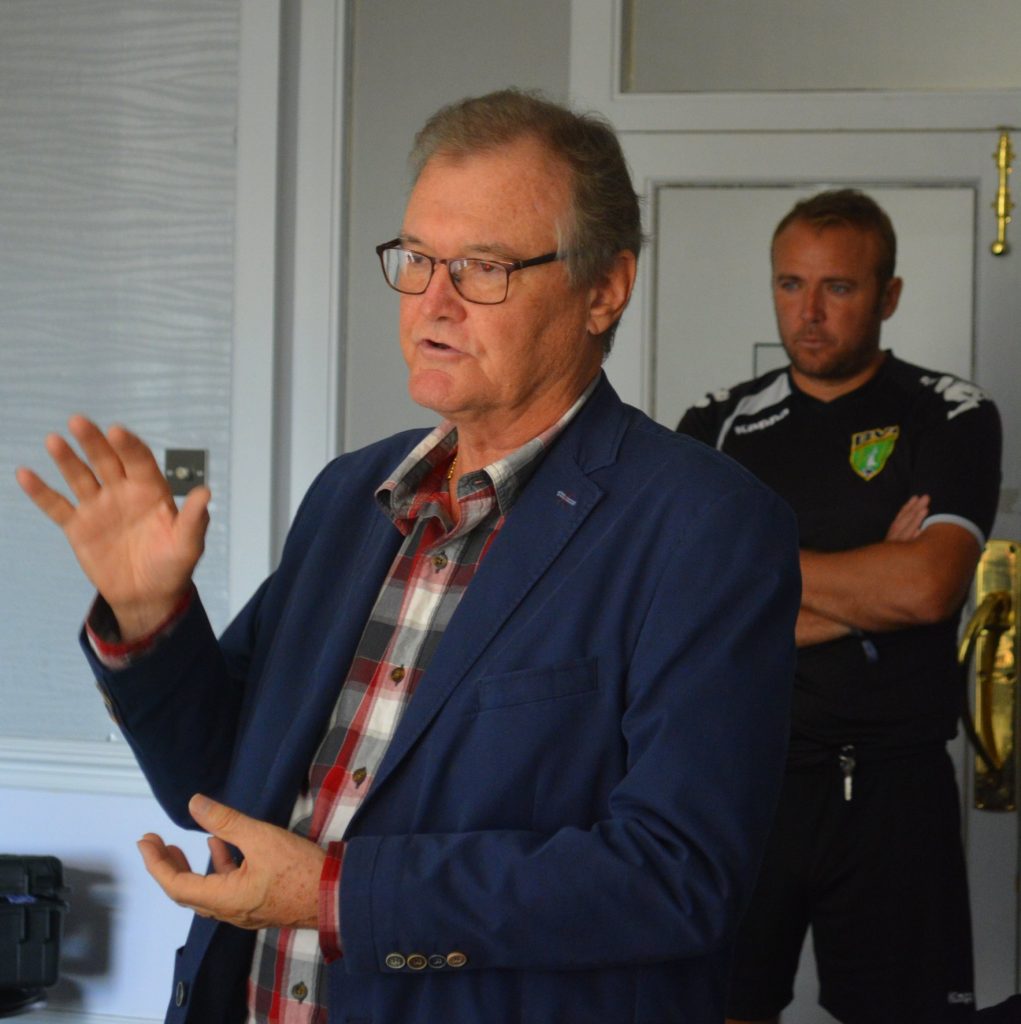 The BVI Football Association’s Youth programme has been making positive strides in the development of young footballers here in the territory.

This is according to the BVI Football Association’s President Andy Bickerton who made the statement during an interview with 284 Media on Thursday June 17.

Bickerton was speaking on the advancements made in youth football over the years.

He said, “We’ve been very happy with our youth programme. We’ve invested a lot of money both from sponsors and the FA in the youth programme and we’re starting to see the fruits and the gains. In the games against Cuba and Curacao we started with five teenagers on the team, three of which are high school students so we’re on the way.”

“The problem now is we’ve got to keep that pathway going so we keep younger players coming through. If we look down at our age groups at the under 15’s, the under 13’s and the under 11’s we are happy with the amount of talent that we’ve got coming through,” he added.

The president also addressed some of the challenges being faced in youth football, with the biggest being a deficiency in football knowledge when compared to other major countries.

He said his organisation plans to address this issue by having at least 60 percent of their youth footballers sent overseas to gain the needed experience.

“Our big challenge really is in terms of football knowledge because if you look at the players that play in both the windows, both in March and in June, and compare players that have been spending time in England at the academy in England, the players are the same age as the skilled here in the BVI. And you notice quite a difference in football knowledge,” President Bikerton stated

He added, “So, our plan under our strategic plan – we have a four-year strategic plan – is by 2024 to have 60 percent of our under 17’s overseas. That is a lesson I think the FA has learnt from these windows is that it is a must, we have to get our players playing at a higher level.”

The BVI national football team recently returned from the CONCACAF World Cup Qualifying games in Guatemala, for the 2022 FIFA World Cup in Qatar.

They lost 5-nil to Cuba and 8-nil to Curaçao.