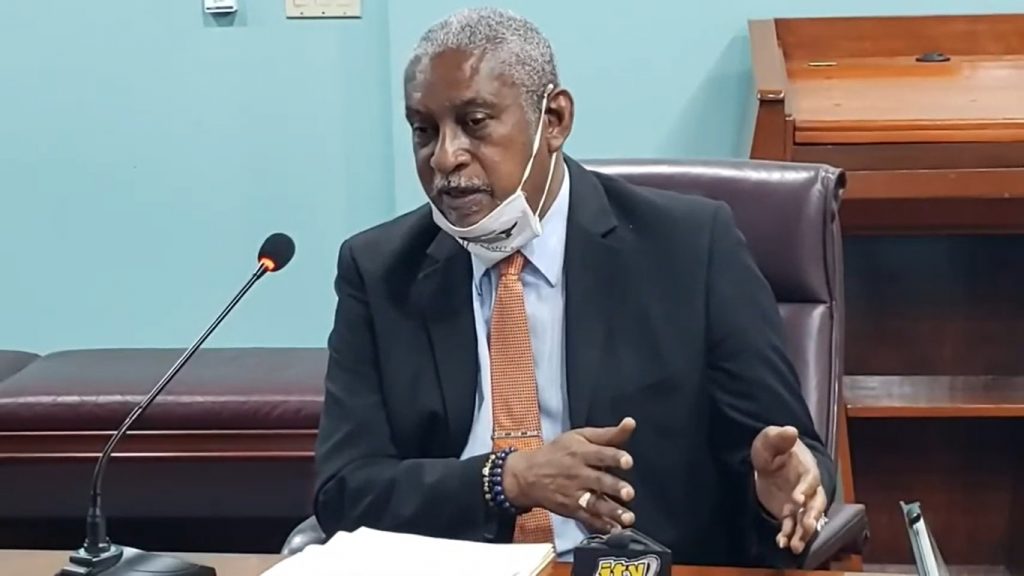 SILK Legal has filed documents before the local law courts to deal with the illegality of the Commission of Inquiry (COI) which attorney Richard Rowe has termed to be an inquisition and not an inquiry.

According to the literature, an inquisition can be defined as an official investigation, especially one of a political or religious nature, characterized by lack of regard for individual rights, prejudice on the part of the examiners, and recklessly cruel punishments.

Rowe made the assertion during a recent media conference, where he pointed to a number of practices of the COI that he termed to be illegal.

One such action included the practicing of the COI’s legal team who at the time of the press conference had not yet been called to the BVI’s Bar.

According to Rowe, the BVI’s law states that for any solicitors or lawyer to legally practice the profession in the territory, they must first be called the BVI Bar.

He said, “That action is before the court now. They have not been called, we challenged even the counsel, he too should have been called and if we do not get the right to have our natural justice under the Solomon Rules, as promised by the Commissioner when I raised it with him, we’ll be going to the court for judicial review.”

“I am not going to call any names, but you can see who publicly appeared as solicitors in that room and who is the chief counsel,” he added.

Rowe also pointed to some of the other practices displayed by the on-going COI which he believes is unjust to all participants. He labelled the proceedings as a “cherry picking exercise.”

“The Commission through solicitors who are not yet called to the bar in the BVI in breach of our laws, select documents from whatever sources they collect them and send them to us, in breach of the Solomon Rule which are the law that controls how the Commission of Inquiries are conducted,” he stated.

“We lawyers are subjected to simply sitting there beside our client, not being able to even communicate with them, as you would have noticed when I tried to speak with the Speaker during that interview to ask questions to add to the documents they had. So what we have is an inquisition which is one way. They have chosen what they wish to produce, we don’t know, we’ve raised it with the Commissioner that we really want a chance to produce our own evidence to rebut what they may have produced and clarify. We have gotten no response as to if or when that will happen,” attorney Rowe further explained.

This legal proceeding could have played a factor in the recent decision by the COI’s three key attorneys –  Bilal Rawat, Andrew James-King and Rhea Harrikissoon – who appeared on the BVI’s High Court listings on Monday July 12 to seek admission to the BVI Bar.