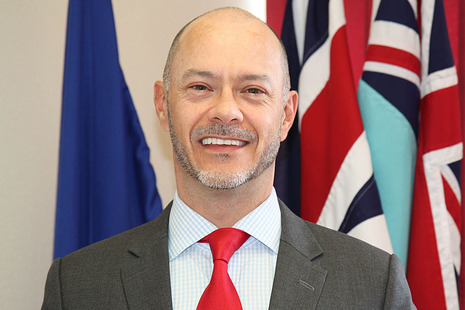 Due to the territory’s current spike in COVID-19 cases, coupled with many outstanding important documents, the Commission of Inquiry (COI) will be breaking for hearings until late August as the team prepares to make a brief return to the United Kingdom.

This is according to a media release from the COI’s Secretary Steven Chandler who made the disclosure on Wednesday July 21.

“The Commissioner and his team will be returning to the UK to continue the task of preparing for the forthcoming hearings. They will return to the BVI in late August to complete the hearings. It is hoped that it will be possible by then for witnesses to appear in person at our hearing room at the International Arbitration Centre. The COI however has arrangements in place to allow for remote hearings should these become necessary,” Chandler added.

Secretary Chandler also said that there were plans to complete some of the topics that had already commenced, however, the failure of government officials and some witnesses to provide the necessary documentation has made that task impossible at this present time.

“In his statement on 2 June 2021, the Commissioner explained that, given the history of inadequate and incomplete disclosure of documents and to ensure properly focused hearings, he was making requests for corporate witness statements in relation to these topics. These requests were largely addressed to Ministers, but the Commissioner was content for a Minister to decide if a public officer should provide the statement in his or her stead,” he stated.

“The Commissioner expected the Inquiry Response Unit (IRU) to assist in the preparation of these statements. Despite requests having been made weeks before the recent rise in Covid 19 cases and multiple extensions of deadlines, in substantial part these statements are still awaited. Whilst the Commissioner is sensitive to the fact that the current Covid 19 situation in the BVI now makes it more difficult for some government departments, it is vital that the material outstanding be provided as soon as possible to enable focused hearings to resume,” Chandler further said.

The full list of topics to be covered by the COI include:

(1)    The interests held and declared by Members of the House of Assembly and elected Ministers.

(2)    Questions arising from the position statements submitted by participants and others on governance and law enforcement and justice.

(3)    The work of the Auditor General, the Internal Auditor and the Complaints Commissioner.

(4)    The composition and function of statutory boards.

(6)    The system under which the BVI Government enters into contracts both in general and in relation to specific contracts.