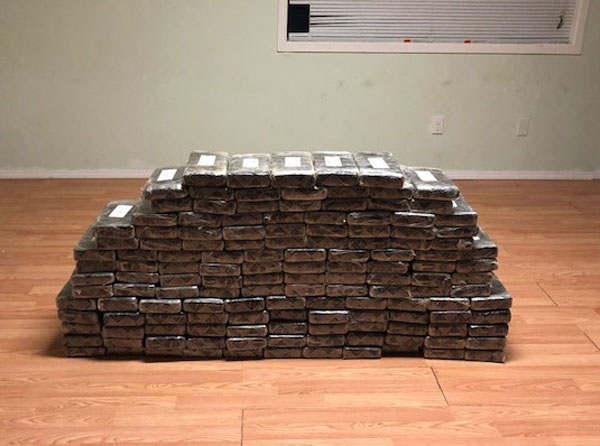 Twenty-eight-year old Shaun Massicott of East End was slapped with two charges in the police confiscation of over 200 kilos of cocaine. The accused had initially made good his escape during the drug bust earlier this year.

According to official reports, Officers of the Royal Virgin Islands Police Force while on mobile patrol noticed a powerboat speeding towards the dock in the Brandywine area. They subsequently witnessed persons on the boat transporting items to a white Kia rental vehicle and a red Suzuki Grand Vitara parked at the dock.

After trailing for some time, Police eventually intercepted one of the rental vehicles and a subsequent search resulted in a large quantity of cocaine being uncovered.

A similar attempt was made on the second vehicle but not before the driver made good his escape. A search of that vehicle also unearthed more of the illegal substance.

Police also reported that an undisclosed of Cannabis was also uncovered during the operation. The vessel connected to the operations was also seized by officers.

Government employee, Devon Bedford of Harrigan Estate was arrested on location and eventually charged for unlawful possession and possession with intent to supply with other persons unknown.

He appeared before the Magistrate’s Court and was offered bail.