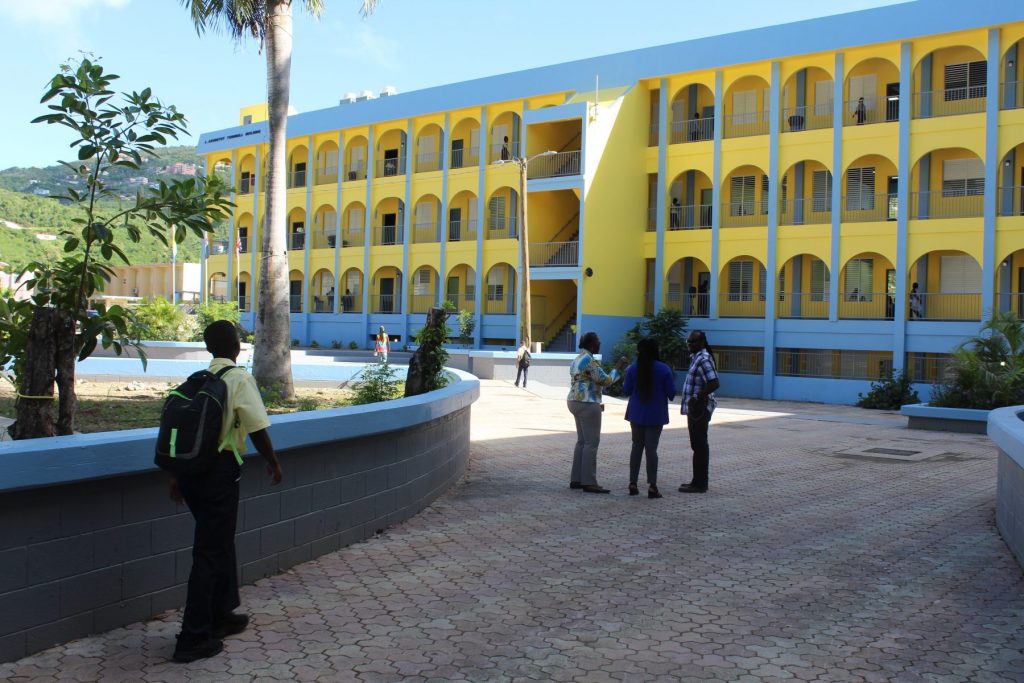 A local teacher has taken to social media in what can be described as one of the most impassioned call for better wages for certified teachers.

Despite acquiring a Master’s of Arts in Learning & Teaching coupled with years of experience in the profession, Tiffany Lewis-Brewley candidly highlighted how grossly underpaid teachers are, further citing her personal pay slips as proof.

She also spoke to the pains of living in an inflated economy where the minimum wage remains at $6 and further highlighted how other Government positions that requires Master’s level qualifications are paid substantially more than teachers.

“As a community where minimum wage is $6 per hour and a carton of milk is $10 we must see that this cannot be sustainable. Let us not look at this as an individual struggle but a community struggle. The majority of us cringe upon the thought of grocery shopping, much less anything else. I live in a 2 income household and I cannot imagine how single parents make it. It is impossible!”

“I heard recently that in order to make sure the BVI public is getting value for money and to ensure that positions were being ran efficiently assistance needed to be brought in. These positions were brought in under specific criteria, such as those with a Master’s Degree had to have a certain level of experience and those with a Bachelors degree had to have even more experience. These individuals were being paid at the LOW end about $5,000 a month and at the high end about $10,000 per month before allowances and or their benefits.”

The social media thread which amassed over 200 comments also showed other teachers standing in solidarity with Lewis-Brewley in the call for betterment.

Within the comments it was also revealed that some educators are paid way less than the amount highlighted by Lewis-Brewley.

Another teacher said “What’s even more sad, it have some teachers making less than the amount mention above. But yet we still have to use our own money to provide basic things. Every year is always the same story. BVI love we say”

Some residents openly called on teachers to unite and take to the streets to protest against stagnant wages.

“Lets not only put it on social media but also take it to the streets. If all the teachers boycott teaching until this system get fixed, the government will step up. They need the educators period,” a resident said.

In an invited comment Education Minister and former teacher, Dr. the Honorable Natalio Wheatley said while he is pushing better wages, ultimately that decision lies with the Governor’s office.

Honorable Wheatley said “the Ministry cannot increase teachers compensation. The Governor via the deputy Governor is responsible for the public service, including teacher compensation.”

“Cabinet has decided on a salary review for the entire public service. I specifically asked for special consideration for teachers in that review. This is the process that must happen for any adjustments to salaries for teachers,” he later added.

In speaking with the Deputy Governor David Archer Jr. our newsroom was told “A comprehensive review of all public service compensation, has been approved by Cabinet which will commence in the upcoming months.”

Mr. Archer added that the review is also inclusive of teachers.

Over recent years educators have verbally protesting low salaries and insufficient school budgets that have prompted most teachers to buy their own classroom supplies.

Notably, the pay gap referenced has been a core reason behind teacher shortages in the territory. It has also resulted in many trained BVIslanders migrating overseas for better compensation and benefits while underqualified teachers continue take up vacant roles.

An open call has also been made to the BVI Teachers Union to do more in the plight of educators territory wide.