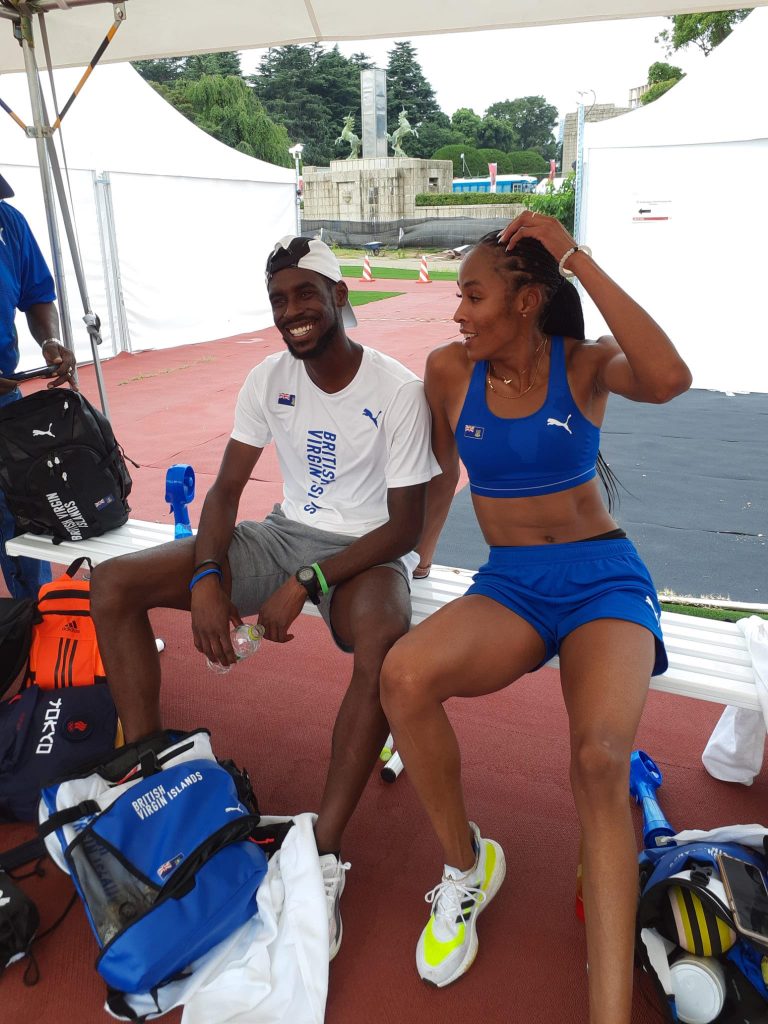 Olympian Kyron McMaster will be the first from the three-member British Virgin Islands team to compete in the 2020 Tokyo Olympic Games in Japan tonight local time.

Responding to questions posed by 284 Media during a recent press conference, McMaster said despite a few obstacles in his journey ahead of the major games, he is confident with his preparations.

He said he will be more focused on his execution during the race than his overall placement.

“My preparation leading into the games has been amazing, we had a few bumps in the road obviously as you guys know with me falling in Sweden, but that was just another hurdle for me to clear which we did gratefully and made it to the Olympic Games. I am very confident in the output on the track. Not really focused too much on the outcome of it, we just taking it round by round to be honest,” McMaster stated.

“My goal is not to be focused on what I could do and what I will do, more so my execution, that’s just my focus on how I execute my race and stay within that realm of execution. I’m not trying to focus on what time I want to run, what place I want to run or what medal I want to achieve. I know all of that will fall into place once we do our execution,” he further explained.

Not greatly affected by COVID situation in Japan

McMaster also spoke on how he has been acclimatizing to the COVID-19 environment in Japan, stating that it has not greatly affected his usual routines ahead of the races.

“I would say for me it hasn’t affected much, like Taisha says she feels safe knowing that you have to take a COVID test every day, they keep the place sanitized as much as possible. Only thing I would say it impeded on was how easy it would be for physical therapy as usually as you would… but I have to make adjustments and go to them, so I would think that’s the only issue. Apart from that the food is amazing,” McMaster added.

That race can be viewed on CCT Live channel NBC between 10:25pm and 10:57pm local time.

Phillips in good spirits ahead of her event

Meanwhile, Olympian swimmer Elinah Phillips will be the next BVI athlete to compete at the games, in lane 1 of heat number 6, in the 50-meter Freestyle event.

She also answered a few questions ahead of her event which will be held early tomorrow Friday between the hours of 6:23am and 6:45am.

“My preparations leading to the games have been going really well. I’ve been feeling very comfortable and strong in the water so all around very good and  very happy and excited to race,” Phillips stated.

She added, “My main focus is on progress over perfection, that’s been my focus really because my road to the games hasn’t been the smoothest and I am aware of that so over the last seven months I have made lots of progress, more than I could imagine and I just want to keep that going.”

Both events can be viewed on CCT Live channel NBC.

Meanwhile, Chantel Malone will be competing in the women’s long jump event on Saturday July 31 at around 8:50pm local time.