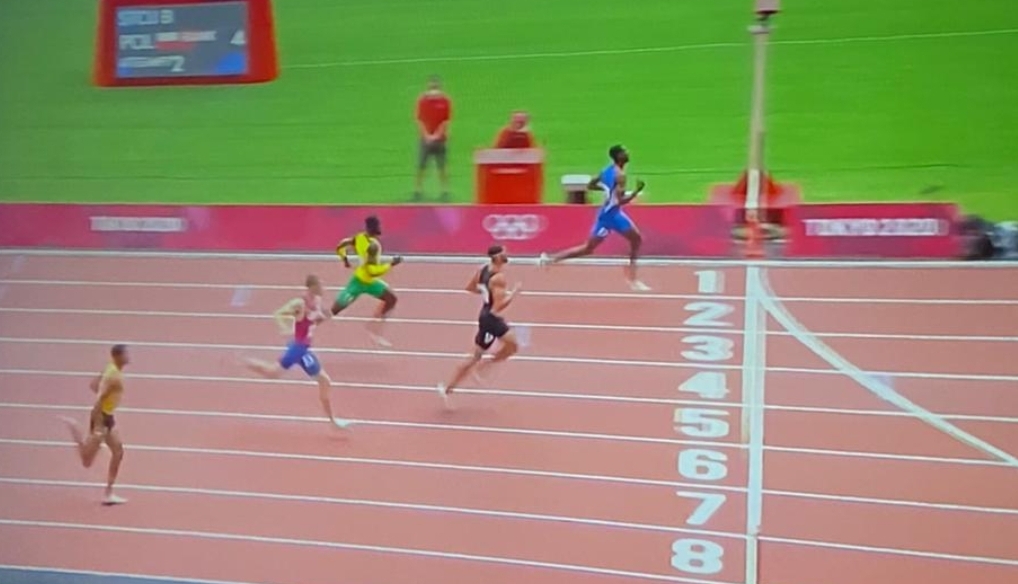 Olympian Kyron McMaster is through to the semi-finals of the men’s 400-meter hurdles event after winning his heat at the Tokyo Olympic Games in Japan late Thursday.

Running out of lane number 2 in heat 4 of the first round, McMaster eased to victory with a time of 48.79 seconds.

He defeated second place Yasmani Copello of Turkey and Shawn Rowe of Jamaica who finished with times of 49.00 seconds and 49.18 seconds respectively.

Speaking after the race McMaster said he executed his plan better than originally anticipated.

He said, “I think it was a beautiful race, felt really good, better than I anticipated after finishing the race. Love how the legs feeling, just need to work on a few stuff with my physio, not quite confident with how my quad is feeling at the moment but we have a day to recover and then we have a next day to recover and then the finals, so I am pretty comfortable to get stuff under control by then.”

McMaster also admitted to having a few nerves prior to the race but said he did not let those nerves affect his strategy.

“Not going lie, previously before today I had absolutely no nerves, was excited to run and ready to run. This morning when I woke up, I barely ate half of my breakfast. Automatically I knew that was nerves but I’ve been here before, not Olympics but running rounds already, so I just let my talent and execution rather than the emotion control the race. The plan was just to make it in the top four don’t matter the place, just get to top four with less energy,” he explained.

McMaster will now be heading to the semi-finals where he will be competing in heat number 3.

That semi-final race is scheduled for Sunday August 1 at around 8:25am local time.