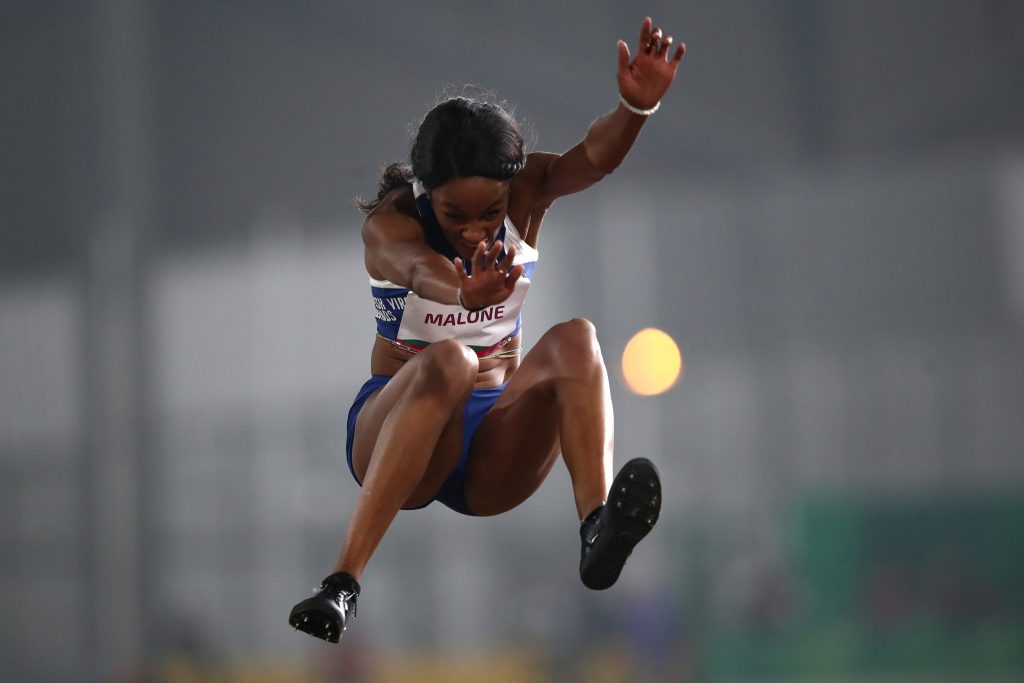 Malone recorded a best jump of 6.50 meters, far below her semi-final performance of 6.82.

The long jump event was won by Malaika Mihambo of Germany with a leap of 7.00 meters, while American Brittney Reese and Nigerian Ese Brume finished second and third respectively, both with best leaps of 6.97 meters.

Speaking early Tuesday morning following her performance, Malone said she was conflicted with how she was processing her emotions, feeling both grateful and disappointed at the same time.

“Grateful because I didn’t think I would be healthy enough to compete after what seemed to be back-to-back setbacks, first my knee, then a strained hamstring 2 weeks out from the games! It felt like treatments were all I did every day prior to traveling to Tokyo,” Malone posted on Facebook.

She added, “The training sessions once I got to Tokyo were the reassurance I needed that I’m good! Even after a shaky start in the qualification rounds… 6.82m was a light in a tunnel that was dim. I’m never one to find excuses! I get it done even if the odds are against me. Today I fell short.  If I executed and lost then I would be ok! But my failure to be able to execute is what I’m disappointed in.”

Malone further said that despite creating history for the BVI, there was still a painful feeling of not being able to accomplish her dream or goal to medal in the Olympics.

She said she will be heading back to the drawing board with plans of returning much better and stronger than before.