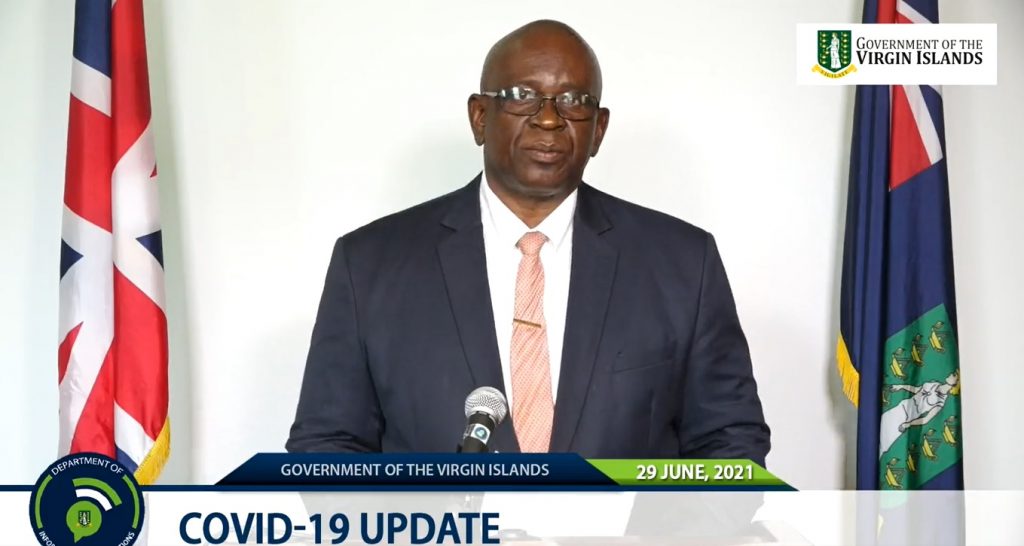 Active positive COVID-19 cases in the British Virgin Islands continue to decline with cases now at 441, while deaths have increased to 37.

This is according to the Minister of Health Carvin Malone, who revealed those latest statistics to 284Media during an interview on Thursday August 5.

Minister Malone said the decline in active cases was due to a number of factors which have been working cohesively together to produce the present results.

“We are pleased of the performance of all of the healthcare workers, the persons in environmental health, the persons in the laboratory services throughout the Health Services Authority, the actual Royal Virgin Islands Police Department, the Social Distancing Taskforce and the Virgin Islands public in large measures for adhering to the protocols that were put in place, so that we can then effectively bring the cases down,” he stated.

He added, “At one-point cases were increasing on an hourly basis. That has been substantially reduced.”

The health minister also said that despite the increase in COVID-19 related deaths, there are some positive signs from the hospitalization statistics, which suggests a decline in persons being admitted.

In the meantime, Minister Malone continued to encourage residents to get vaccinated, stating that the vaccination numbers continue to gradually increase in the territory.

He said that total will increase once the number from the USVI-BVI initiative is tabulated, along with other instances where residents would have travelled abroad and received a COVID-19 vaccine.