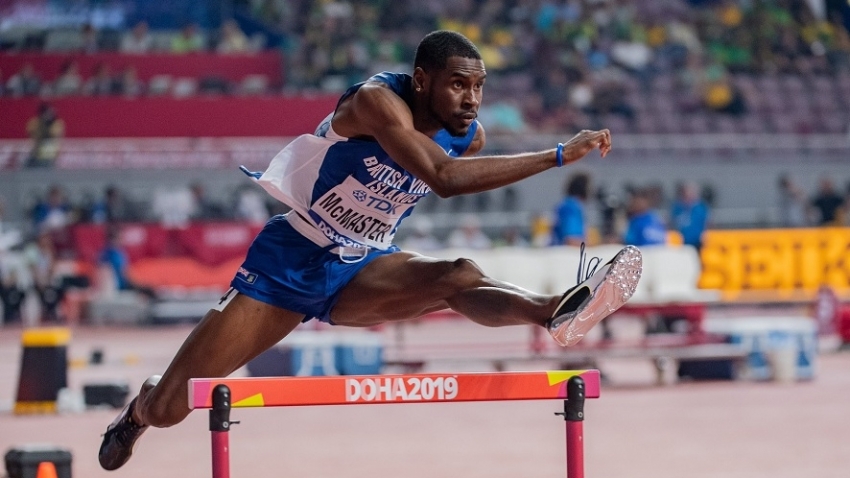 BVI Olympian Kyron McMaster believes he has what it takes to break the world record in the men’s 400-meter hurdle event.

McMaster recently set a new national record in the aforementioned event when he competed in the finals at the Olympic Games in Tokyo Japan this week.

He ran a time of 47.08 seconds in what is now labelled the fastest ever men’s 400-meter hurdles event, which was won by Norway’s Karsten Warholm who broke his own world record to become the first athlete in that event to finish with a sub 46 second time, shaving the previous world record from 46.70 to now 45.94 seconds.

Speaking during a recent Olympic media conference, McMaster said he now has the vision to successfully achieve world record-breaking-times.

He said, “I ran 47:08, I remember – I think it was in 2019 or 2018 – when Benjamin ran 47.08 coming out of NCAA, that time was mind blowing at that moment and the way the world reacted was crazy. So, in my head for me even though my time is under shined because of the 45 and 46 (second times), that’s how I am reacting in my head. But I always knew my capabilities even before them, I always knew I had what it takes to break the world record and I just didn’t know what it takes, but now I’m seeing the sight of what it would take to get to that world record.”

He added, “Not just the 46.7 but the 45.9 and I know the obstacles ahead, I know the hurdles I have to clear, I’m seeing what I need to do and how I need to do it, so again it’s just to whatever is in here (points to his head) is to put it out there and be discipline.”

McMaster also said despite being a professional athlete for the last three to four years, his career begins now.

“Moving forward it’s just to be disciplined and be determined to be consistently discipline… So, I have a long road ahead of me to be disciplined and just be focused and I’m ready. Take me to the chambers and let’s handle business. I know I have been an athlete for three-four years now but my career starts now to be honest. That was child’s play, this is hard work now,” McMaster explained.

Meanwhile, the BVI’s Olympians McMaster, Chantel Malone and Elinah Philip all indicated that they will not be returning to the territory immediately after the Olympics, as they have a number of upcoming competitions to attend to.