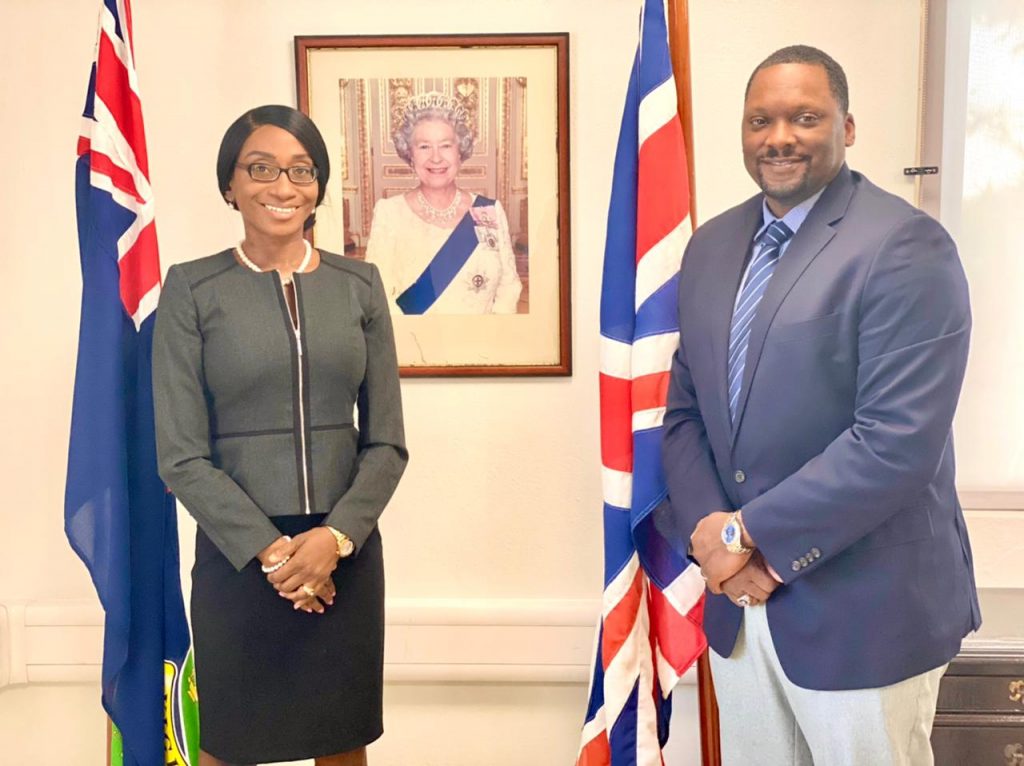 Mrs. Giselle Jackman-Lumy was sworn in as an additional Magistrate to the Judiciary of the Virgin Islands by His Excellency the Acting Governor, Mr. David Archer, Jr.

Mrs. Jackman-Lumy who will serve for a period of three months in the first instance with effect from Tuesday, August 31, took the Oaths of Office and swore to carry out her duties to the best of her ability, according to law. She said that it was a pleasure to be re-appointed to the Magistracy of the Virgin Islands and that she looked forward to serving the people of the Territory while executing her duties.

Acting Governor Archer, Jr. welcomed the re-appointment of Mrs. Jackman-Lumy and said her appointment will provide much-needed support to the Magistracy in reducing the backlog of cases.

Mrs. Jackman-Lumy previously served as an additional Magistrate in 2018. She was Principal Crown Counsel in the Attorney General’s Chambers after serving as a State Counsel in the Solicitor General’s Chambers in Trinidad and Tobago from 2011 to 2013. She received her Bachelor of Laws Degree from the University of the West Indies, Cave Hill, Barbados in 2007 and was admitted as a Barrister in the Eastern Caribbean Supreme Court in 2015.