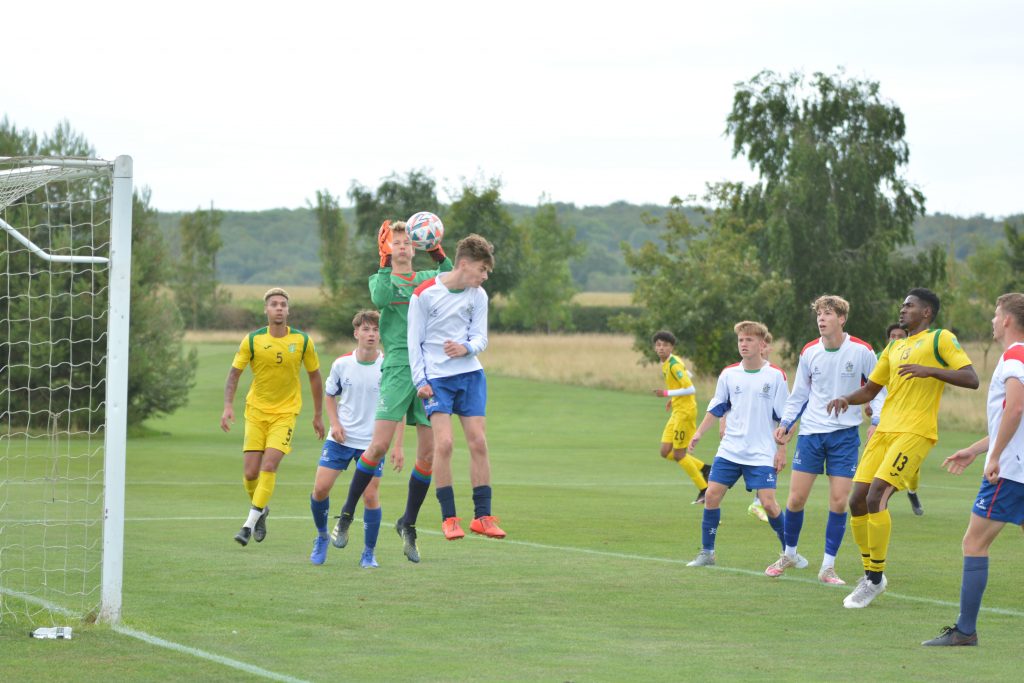 With facilities second to none, Millfield School in Somerset, England provided the perfect venue for the recently concluded Men’s National Team Training Camp.

With the FA’s commitment to developing its National Teams to much better and higher levels, Millfield School with its Football Fields, Gymnasium, Swimming Pool, Accommodation and Catering was an ideal venue and enabled all the Coaching staff to put together sessions for the 20 players attending covering Fitness, Technical skills, Tactical awareness and match practices during the FIFA International break.

As Technical Director, Mr. Dan Neville explained “Millfield School is a wonderful location, and the idea to come here is definitely bearing fruits. The fantastic facilities mean we can really raise our standards in excellent conditions.”

FA President, Mr. Andy Bickerton, who was joined at the Camp by 1st Vice President, Mr. Avanell Morton, stated that “The Fa realises that to get to where we want to be Internationally, we have to use the best facilities available, we need the best resources and also the best Coaching and Technical Staff”

To that end Mr. Chris Kiwomya led the camp along with Mr. Pete Tierney and both have worked at the highest levels in the English game. Kiwomya played for Arsenal and Ipswich in the English Premier League and scored over 100 goals before turning to coaching and management, where he enjoyed success at the likes of Notts County and has the honour of signing Jack Grealish as a youth player.

The FA will also be mirroring the camp back on Tortola during the next FIFA International window in October and Kiwomya stated he was looking forward to seeing the locally based players and helping them to buy into the new standards and expectations. “We will be looking to work on the principles of Passing, Receiving and Creating chances” he stated

With the irresistible intensity and passion, he brings to the table Kiwomya will certainly get all the players moving in the same direction and Tierney’s dedication and understanding of the physical requirements to play at the highest levels will see those who work hard well rewarded

The dates for the Camp on Tortola will be announced by the FA Technical Department shortly.