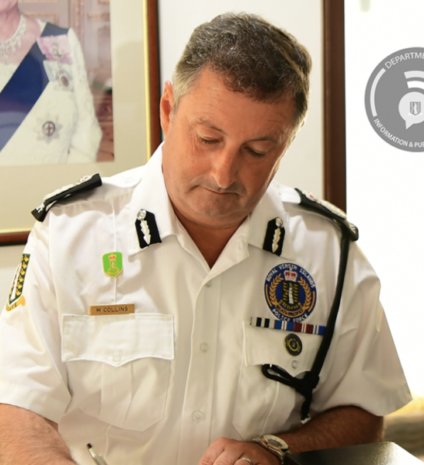 Crime in the British Virgin Islands is down by some 2 percent, despite the recent spike in criminal offences such as theft, burglary and praedial larceny.

This is according to the Commissioner of Police of the Royal Virgin Islands Police Force Mark Collins, who made the disclosure during a recent interview with 284 Media.

He said the recent spike in criminal activity during the curfew periods have been linked to desperation of persons who are partaking in criminal mischief as an act of survival during this difficult economic climate.

“On an average year the territory would have some 1100 plus crimes and usually 50 percent detection rate which is a good detection mode. I’m pleased to say this year so far crime is down by 2 percent, most notably vehicle crime is down below 6 percent, theft is down by 29 percent, and sexual offenses are down by 17 percent,” he said.

“But without a doubt we’ve seen a spate in different burglaries and vehicle thefts over the curfew sort of periods and periods of lockdown and some of that is down to people, you know, basically needing to survive and live. So we’ve seen an uplifting, some of those types of crimes there. But on the whole crime is down,” he added.

Reach out to community policing officers

The top cop also encouraged residents to reach out to their respective community policing officers which have been assigned across the territory.

“I introduced the community policing team across the territory on the first of June, 16, dedicated officers to the different districts of territory and what I would be suggesting is that farmers, business people, we’ve really spoken to the Chamber of Commerce and the hoteliers, the charter industry, boats industry, you know reach out to your local community policing officer. They can come. They can give you some advice and guidance on target hardening and working with you to prevent crime again,” the top cop urged.