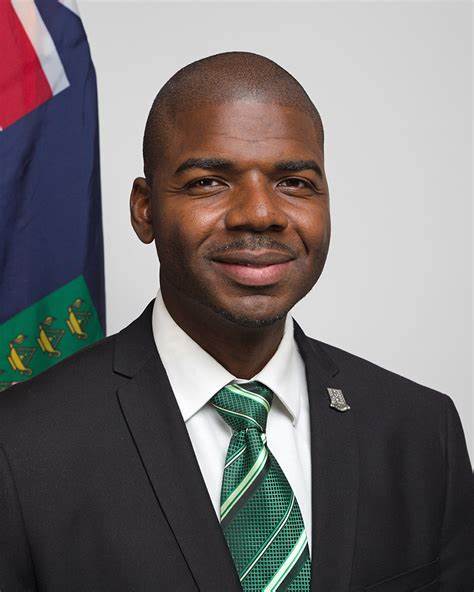 Deputy Premier and Representative for the Seventh District, Dr. the Honourable Natalio ‘Sowande Uhuru’ Wheatley, along with the District 7 Committee, have been busy organizing events and more recently, disaster preparation.

On September 18, the committee held a District 7 Canned Food Pantry Drive at four locations on Tortola: Bobby’s Supermarket, Riteway Pasea, Fine Foods and One Mart Superstore. The drive resulted in over $1,200 worth of goods collected and a well packed pantry, which will be used to help vulnerable residents in the community.

Honourable Wheatley in an invited comment said, “Thank you to everyone who has contributed to the recent drive. Your kind donations are greatly appreciated,” adding, “A special thank you to One Mart Superstore for the food vouchers and for your continuous support.”

The committee also collected donations on behalf of Denosha Lettsome, and have been presented to the D7 resident to help defer costs of her ongoing medical treatment.

The art of poetry and spoken word was showcased at the Open Mic Poetry Night, also held on September 18, at The Stickit, a district landmark historically used for community gatherings and recreational activities.

“The open mic is a sign that poetry is still very much a part of the Territory’s cultural fabric. Also within the district itself are many poets, writers, and other artists who continue to keep Virgin Islands arts alive,” said Dr. Wheatley.

At the event, Honourable Wheatley performed alongside other local poets and singers including Kamaal Lettsome, Gia Fraser and April Glasgow.

The District 7 Response Team met virtually on Sunday, September 26, to discuss hurricane preparations. To that end, Honourable Wheatley said, “While Hurricane Sam has been forecasted to veer North of the Territory, it is always good to prepare in the event we do have some damage or impact.”

The response team will reach out to the community for the start of a “buddy system” which would involve volunteers to check on elders and vulnerable residents in the event of hurricane impact. The team also spoke about engaging shelter managers to discuss the updated rules for shelters in districts seven and eight, including the Church of God of Prophecy and Hall, Upper Room Victory Church, Long Look Methodist Church Hall and East End Methodist Church.