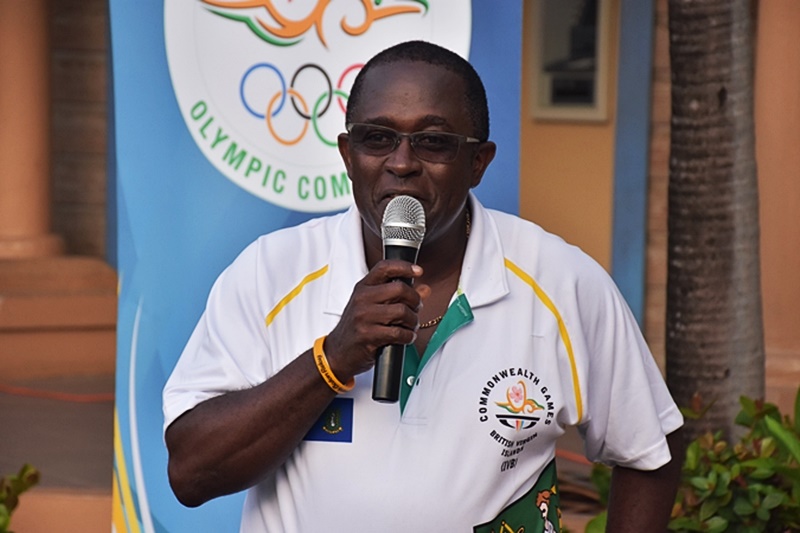 Incumbent President of the BVI Olympic Committee (BVIOC) Ephraim Penn is confident of securing a fourth term in office ahead of the BVIOC’s election which is scheduled for Thursday October 7.

Penn has been president since 2008 and while speaking during an interview with 284 News earlier today, said his current term has been the most successful to date.

It is on this backdrop that he believes that he will secure another four years in office when the votes are tallied on Thursday night.

“This is a very important election. We’re coming off what perhaps are our most successful four years as an Olympic Committee having accomplished many things and the present executive has worked very well together and have really progressed the Olympic Committee to a stage where we feel confident that the BVI as an Olympic body is on the right track,” Penn stated

He added, ‘We’ve had our first Pan American gold medal, we’ve had our first Commonwealth gold medal and we recently got our first two Olympic finalist and it’s all due to the hard work and the dedication of the present body and the programmes that were put in place to ensure that we put our athletes first and results are coming through.”

Not taking it for granted

The position of President will be contested by Cleave Farrington, a well known figure in the BVI sporting fraternity.

Penn said he does not take anything for granted, but still he remains confident that he has done enough to be favoured over Farrington.

He said, “You never take anything for granted but you always rely on your work to speak for you and I’m confident that with the many accomplishments of the body, things would go well. As I said you take nothing for granted, you just make sure people are clear with who you are and where you plan to take the body from where you got it from and where we’re going.”

Some of the other positions and candidates include: Sabinah Mason and Elsworth Phillip who are contesting for 1st Vice President; incumbent Roy Barry and Ralston Henry for 2nd Vice President; for Treasurer, incumbent Mark Chapman up against Eustace Freeman; incumbent Lloyd Black will be taking on Dean “The Sportsman” Greenaway for Secretary General and competing for Member At Large will be Gloria Fahie and Bria Smith.