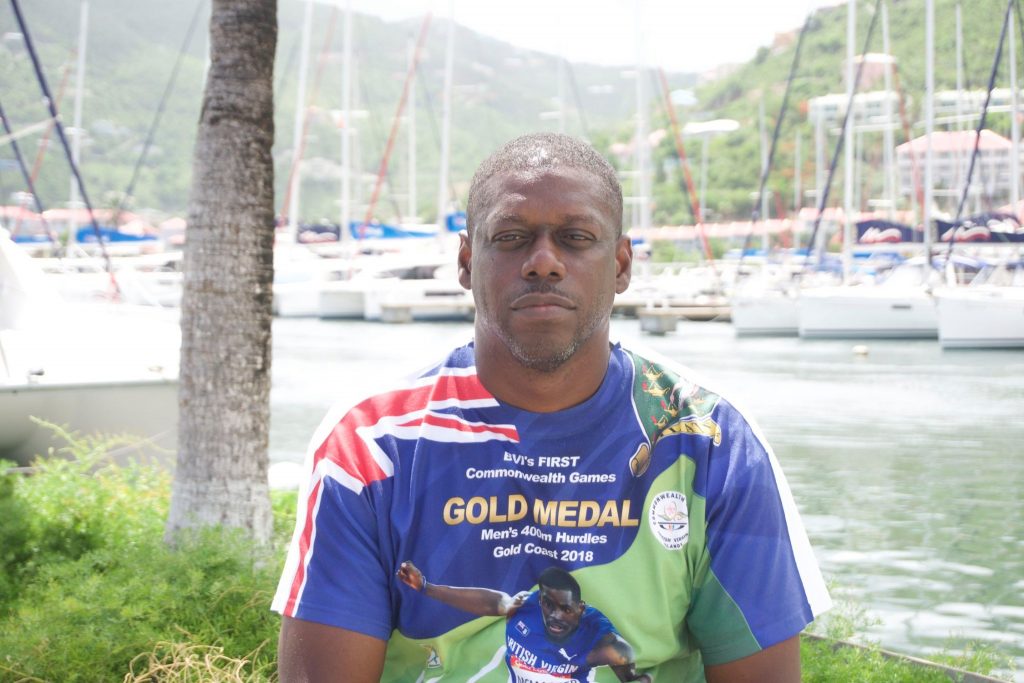 Challenger for the pivotal position of President at the upcoming BVI Olympic Committee election Cleave Farrington, says once elected he plans to deliver a new and innovative perspective to transform sport in the territory.

He made the comment during a recent interview with 284 News ahead of the election which is scheduled for Thursday October 7.

Farrington boasts nearly a decade of experience at the BVIOC and he says he will be using the knowledge gained over those years to transition the organisation to the next level.

“I’ve been of course familiarized with everything in terms of the different programs, in terms of contacts internationally and regionally and I felt the things I wanted to do there in terms of advising the board at that point in time, wasn’t obviously achieved,” he stated.

He added, “I felt that we could do more in terms of more inter-connection with federations in terms of having more inclusive sporting bodies, in terms of diversity, in terms of transforming the sports in the territory. So, for me it was a personal thing for reaching out to the Member Federation for certain things that were not obviously seen or fulfilled, that I felt that I should take up the mantle and with a team of persons.”

According to Farrington his member team who will be contesting include Elsworth Philip who will be challenging Sabinah Mason for 1st Vice President; Ralston Henry who is taking on incumbent Roy Barry for 2nd Vice President; Eustace Freeman for the role of Treasurer as he takes on incumbent Mark Chapman; Dean Greenaway for Secretary against incumbent Lloyd Black; and Gloria George-Fahie for the position of Member At Large which will also be contested by Bria Smith.

Team of Candidates the perfect combination

Farrington believes his team once elected is the perfect combination needed to complete the many tasks which he has envisioned for the organisation.

“So a lot of public campaigns would go into us reaching out to the public, to the corporate sponsorship as well because apart from the funding that we get from the international body, we want to definitely get the community involved as well,” Farrington further said.

Farrington also expressed that he was confident that he could prevent incumbent Ephraim Penn from gaining a fourth consecutive term as president of the Committee.

Farrington holds dual Bachelor’s degrees in Business Administration and Economics & Finance. He is a former athlete, sport administrator and is a certified Trainer of Trainers with the Caribbean Coaching Certification Program (CCCP) and Sports Administration.

Additionally, he has attended and served as Chef de Mission for various major games internationally. He has been involved in numerous non-profit organizations in the territory and was previously Treasurer for the HIV Aids Foundation for many years, and the first President of the HLSCC Alumni Association as well as a member of the HLSCC Chorale.

Farrington also served on the Executive of the Virgin Islands Volleyball Association for eight years and is currently the Public Relations Officer with the BVI Athletics Association (BVIAA).