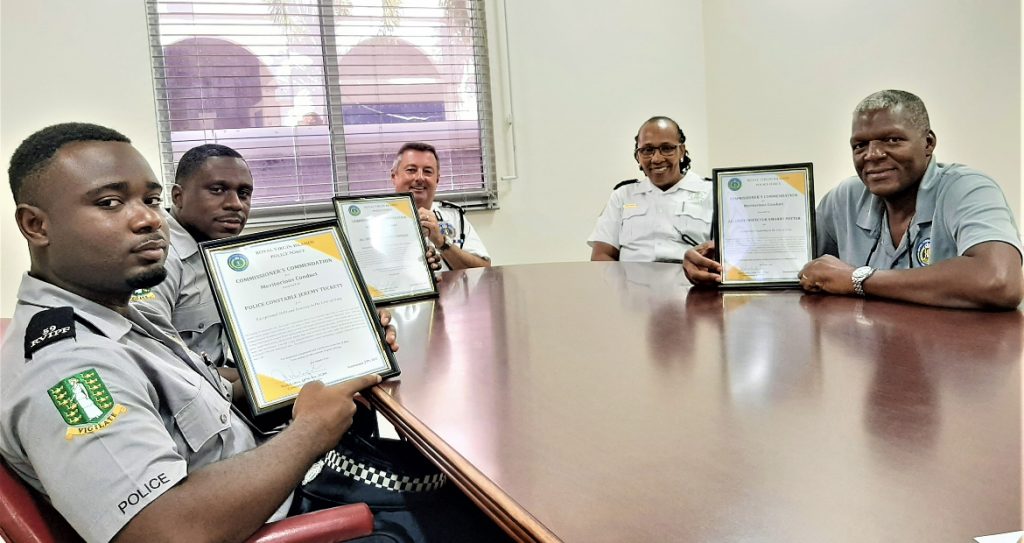 In a move out of the ordinary, Commissioner of Police Mark Collins chose this week to honour the three officers who bravely rescued the young man that threw himself into the water off Road Town Jetty in an apparent suicide attempt.

While officers of the Royal Virgin Islands Police Force are recognised at an annual ceremony for displaying leadership and exemplary skills above and beyond their general duties, Commissioner made exception for these three.

Yes On September 9, Acting Chief Inspector Potter and two officers from his shift, Constable Tuckett and Acting Sergeant Padmore responded to a report that a mentally ill male had jumped in the water off the Road Town Jetty. All three boarded a police vessel and arrived approximately 100 feet from the Road Town Jetty to find a male floating face down in the water. Two officers entered the water, pulled the patient from the water and resuscitated him. He was then transported to the Dr. D. Orlando Smith Hospital for further treatment.