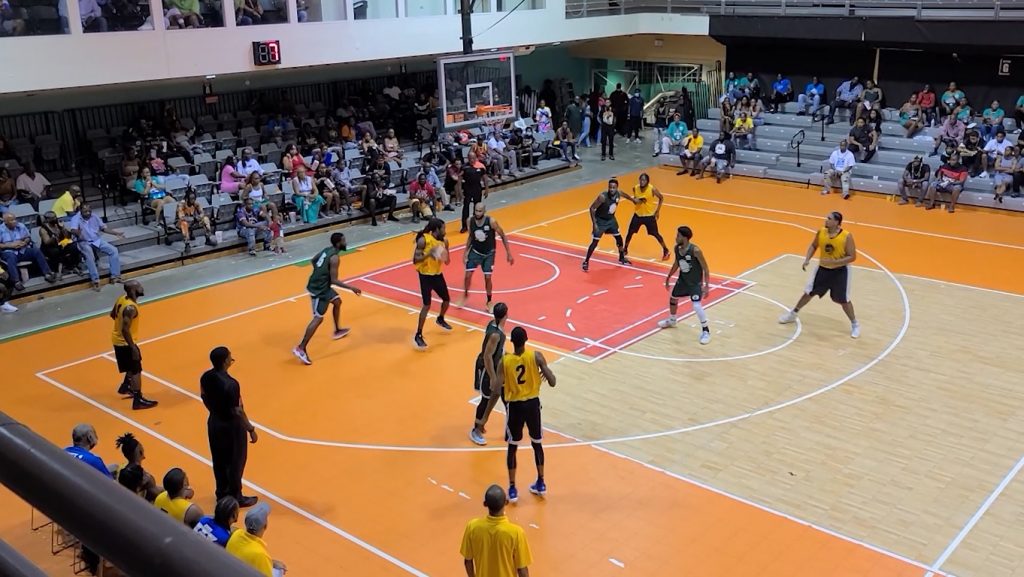 All roads lead to the Multi-Purpose Sports Complex on Tortola this evening as the finals of the BVI Basketball Federation’s 2021 District League Competition continue where both the men’s and junior Virgin Gorda teams will be aiming to win their respective divisions.

VG Bayside Blazers who presently lead the five-match series against District Four’s A’s will be hoping to win game four of their five match series to take the title after suffering their first defeat of the competition last Sunday.

The Blazers had the opportunity to complete a 3-nil clean sweep of the series, however, A’s was not having it back on home turf, as they were able to upset the Blazers with a 7 point victory at the Multi-Purpose Sports Complex.

A’s trailed at the end of the first quarter 9-15, however they regrouped to lead at the of the remaining quarters 37-24 and 60-44 before eventually winning the game 74-67.

For the Blazers Rodney George had a joint game high double-double of 21 points with 12 rebounds while Gary Hillhouse followed with 10 points.

Meanwhile in the junior division, Junior VG Bayside Blazers after losing the first game of the final, came from behind to now lead that five-match series, 2-1 against Junior Skillfull Ballers.

In that final game, Tkhoi Richardson had a game high 22 points for the Blazers while teammates Demron Glasgow and Nkel Stevens collected 16 and 14 points respectively.

Game four for the juniors will commence at 7pm while the men’s game is scheduled for 9pm.