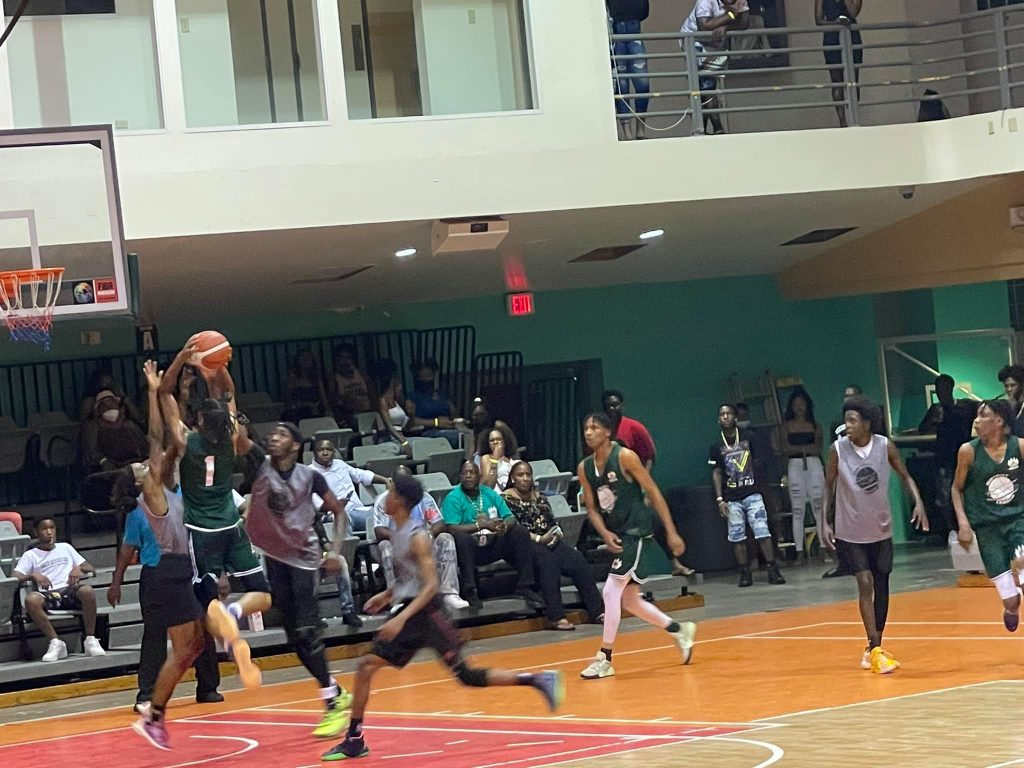 The management of the Jr VG Bayside Blazers basketball team are standing firm by their decision to abandon last Saturday’s game and have called for the BVI Basketball Federation to do the right thing and reschedule a finals date.

Speaking to 284 News during a recent interview, Speaker of the House of Assembly Julian Willock who is the manager of the team, expressed his discontent with what transpired last Saturday, which led to his team taking the decision to leave the Multi-Purpose Sports Complex.

According to the Blazers manager, the decision to abandon the game stems from the discovery that the opposing finalist team Jr. Skillful Ballers, who is coached by Ronald Simmons, had reportedly written a letter to the BVI Basketball Federation the previous Wednesday, asking for specific individuals to referee the finals game.

Willock said that prior to the finals on Saturday, none of the management members of the Bayside Blazers team was neither made aware of this letter, nor did they have any input on the selection of referees for the game which he said made the decision unfair.

He said, “You cannot have a situation whereby one coach picks a referee to officiate a game. While it is the right of every team to protest any matter that they deem is not fair to them, I would think in terms of what was right that at least the Jr VG Bayside Blazers would have gotten an opportunity themselves to be aware of what’s going on against two referees.”

“Who knows, perhaps the management of Bayside Blazers might have had their own counter protests about referees, so all we were asking for is fairness. It was unfair and unjust for the BVI Basketball Federation along with coach Rodney Simmonds to all themselves decide which referee they want to referee a game. So, in other words, one team was clearly facilitated over another,” Willock expressed.

Unfair treatment the root of the decision to abandon the game

The manager said that it was this chain of events which led to management making the decision to abandon the game and head back to Virgin Gorda.

“So, with that the Bayside Blazers coaches and manager decided that we cannot play under those hostile conditions, so we went back to Virgin Gorda. The BVI Basketball Federation again in error has now awarded the championship trophy to the Jr Skillful Ballers without even suspending the game, giving both sides a time to air their views, coming up with a solution that fits both teams. Again, it shows the blatant injustice and what was unfair to only one team, the Jr Bayside Blazers,” he stated.

We did not forfeit- Awarded trophy should be retracted

Willock also made it clear that his team did not forfeit the game as they fulfilled the required obligations set out in the BVI Basketball Federation’s rules and showed up to the game on time and were present for the initial start.

He therefore believes that due to the many discrepancies discovered, a fair decision should be made to retract the awarded trophy and allow the children to play for the championship in a rescheduled final.

“If the BVI Basketball Federation wants to maintain its integrity and maintain the credibility of basketball, what they ought to do is retract the trophy from Jr Skillful Ballers and allow the final game to be played where there’s mutually agreed referees and that we Bayside Blazers could live with. That you get different referees, retract the decision by the basketball federation to unjustifiably award the game to Jr Skillful Ballers because look at what also happened,” he explained.

284 News also reached out to the President of the BVI Basketball Federation Dereck Varlack, who said that there were plans to hold a press conference on the matter, to allow both teams to vent their concerns and find a way forward.

That press conference has since been scheduled for tomorrow Thursday October 14 at 10am, at the Multi-Purpose Sports Complex facility.