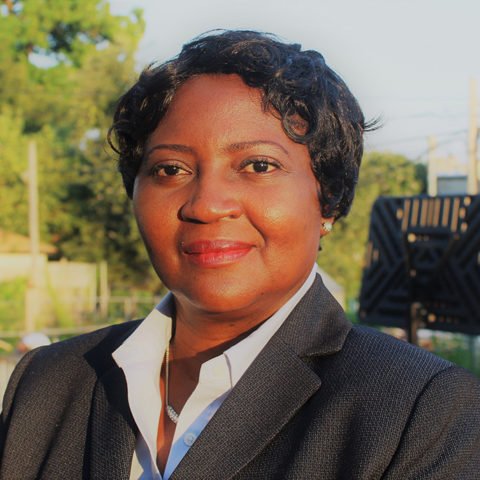 In recent weeks, and not for the first time, there has been a tremendous clamour over the issue of cultural appropriation. This time it was about the use of the word J’ouvert as the label for a rum product to be produced by the well-known American actor Michael B Jordan. In 2019 there was the matter of Kanye West using National emblems of Jamaica on merchandise that he was marketing in the promotion of his church services. In both situations public condemnation and in the Kanye West case intervention by the Government of Jamaica resulted in the reversal of the decisions to use the identified term J’ouvert and logos for personal gain by these artists.

In some ways, it is heartening that Caribbean voices are being raised in objection to the appropriation of cultural emblems, words, phrases, and other expressions which are of definite Caribbean origin, by those in developed countries for personal gain. It signals that there is a growing awareness of the value of culture from a socio-psychological perspective for nationals, as well as the novelty it contributes to world culture. It is the latter that non-Caribbean operatives have exploited for decades with no recompense for the Caribbean economies or its people as a whole. The Caribbean has benefitted little from the use of cultural and traditional knowledge both in the region and outside it, and while some in the past have considered it of low value and the culture of developed countries as far superior, the diaspora has begun to own the culture more forcefully, to share and promote it vigorously.  Caribbean peoples the world over have begun to recognize the value of our cultural contributions and to feel pride in it now more than at any time in our history.

Nevertheless, the more substantial issue of how to approach the protection of cultural and traditional assets still remains to be addressed in a holistic manner and through the mechanisms of the legal and regulatory framework as outlined in Article 66 of the Revised Treaty of Chaguaramas for CARICOM nations.

Traditional knowledge and cultural expression have long held the attention of a few academics and cultural groups who have felt the need to preserve them but are to this day largely unknown to the public.

The concept of traditional knowledge in the context of intellectual property is rooted in the idea that the life skills and knowledge passed down through generations should be the preserve of the peoples who practised them, and that any use of such knowledge should be with their permission and in such a manner as prescribed by them. It is recommended that where financial gain is intended from the use of such knowledge the originators of that knowledge should benefit financially as well. This seems to be a fair approach to the issue of monetizing traditional knowledge.

The following excerpt from a WIPO publication is instructive on this idea.

which each community has developed and maintained in its local context. The commercial and other advantages deriving from that use could give rise to intellectual property questions that could, in turn, be multiplied by international trade, communications and cultural exchange.”

There is also the issue of folklore and the ability of any group or nation to protect for posterity the use of information known as folklore. For example, the legend of the Guyanese “Massacuraman” a demonic spirit found in the jungles of Guyana, particularly the rivers and creeks which appears to those it encounters as half man- half animal and which causes untold terrors to those who cross its path is derived from the tribal traditions of the Amerindian peoples, though it is unclear which of the tribes originated the legend. It is said to be similar to the legend of “Papa Bois” of Trinidad. In the case of the “Massacuraman”, the protection of the legend as folklore or cultural expression has not been considered to any great degree, if at all by academics and certainly not by policymakers. This applies of course to all Guyanese folklore and cultural expressions. WIPO is still in the process of working on a draft document for the protection of traditional knowledge and cultural expressions with input from several countries including a few from the Caribbean, it is unclear whether Caricom through its COHSOD – Council for Human and Social Development is part of the negotiations and how the eventual draft mechanism will take into account the various traditional practices of the Caribbean region.

It is clear however that Caricom has an opportunity to craft a regional convention for the protection of traditional knowledge and cultural expressions for the entire region to which member countries can become signatories. Such an approach will serve two purposes; in the first instance, it will enable the protection of the use of traditional expressions and folklore within the region, and second, provide a substantial basis for negotiations at international bodies in these areas.

The clamour for recognition and protection of the use of expressions, practices and other cultural attributes both by Caribbean nationals and foreigners who wish to monetize them is an important facet in owning the culture, protecting it from a sociological and anthropological standpoint, ensuring that it is passed freely to the next generations as part of their natural inheritance, and asserting the value of our unique contributions to the world at large. National governments and Caricom have to take up the responsibility for ensuring that comprehensive legal mechanisms are developed to protect our heritage. The tactic of “shouting strangers away from the yard” will not always work and may not work much longer.

Dr. Abiola Inniss Ph.D, LLM,DTM is a world-recognized expert on Caribbean Intellectual Property Law and Policy.  Her research and writing are also focused on intellectual property law and policy in developing countries, particularly Cameroon, the Democratic Republic of Congo, and the Central African Republic. She is the Executive  Director of the Caribbean and Americas Intellectual Property Organization (CAAIPO) dedicated to research and practical development of intellectual property rights and policies in the Caribbean and other developing nations..