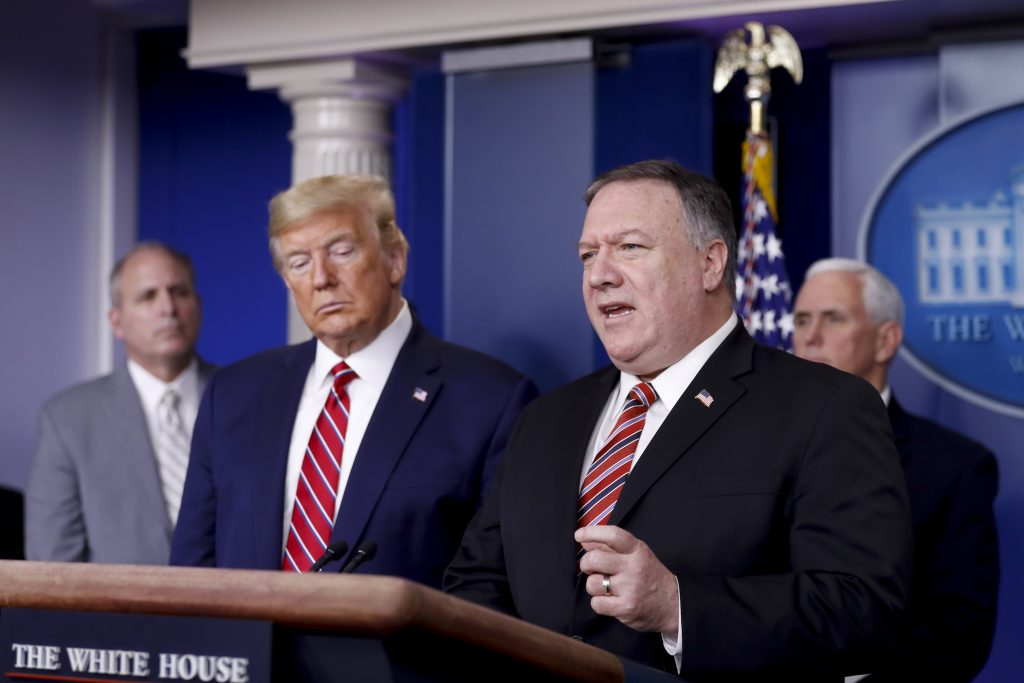 US Secretary of State Mike Pompeo yesterday morning, announced that the US State Department was going to move ahead with visa sanctions against persons the US considers to be undermining democracy in Guyana as the country awaits the final results of the elections.

Pompeo did not provide any names but said the family members of those persons could also face similar sanctions.

“Today I am announcing visa restrictions on individuals responsible for or complicit in undermining democracy in Guyana. Immediate family members of such persons may also be subject to such restrictions,” Pompeo said during a State Department media briefing.

The US has been threatening sanctions since the 2nd March elections following the declaration by the Region Four Returning Officer.

That issue led to a recount of votes and there have been several Court cases since then that have essentially stalled the Elections Commission from moving ahead with a declaration of the final results.

Yesterday morning, a case management conference for another election case took place as there is another challenge against the declaration of results.

The Elections Commission has given an undertaking not to move ahead with any declaration until the determination of the matter.

Following this news, Opposition Party PPP, which had a number of visa restrictions imposed on some of its officials during its time in government, welcomed the announcement by the United States of visa restrictions targeting those who the US believes have been undermining democracy in Guyana.

The PPP today said the sanctions are justified in the circumstances and it accused the President of being in the background orchestrating all of the moves to the Court.

The PPP brushed aside the Government’s statement regretting the visa restrictions today saying that it is well aware of attempts by the APNU+AFC to undermine the electoral process in Guyana.

The PPP criticized a move to the Court by a private citizen questioning the GECOM Chair’s decision to set aside the declarations by the Returning Officers and instead use the numbers from the vote recount.

The PPP has been pressing for the votes from the recount to be used for a final declaration of the results of the elections.

Those undeclared tabulations from the recount put the PPP ahead of the APNU+AFC by just over 15,000 votes.