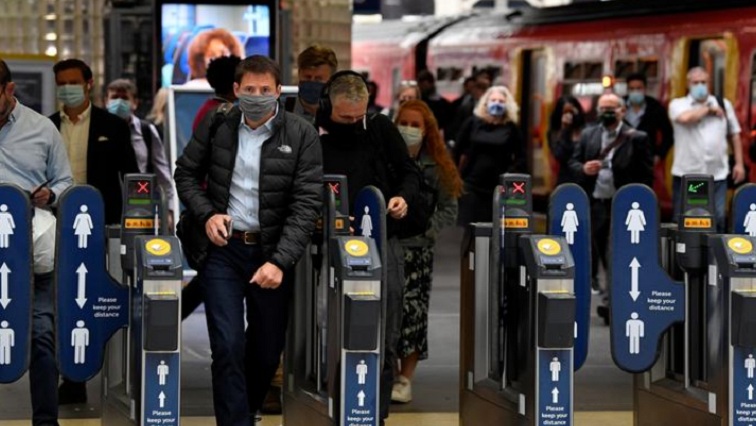 LONDON (AP) — Britain’s government is banning gatherings of more than six people in England, as officials try to keep a lid on daily new coronavirus infections after a sharp spike across the U.K. that has been largely blamed on party-going young adults disregarding social distancing rules.

Officials said that starting Monday, the legal limit on all social gatherings in England will be reduced from the current 30 people to six. The new law applies both indoors and outdoors, including private homes, restaurants and parks. Failure to comply could result in a 100-pound ($130) fine.

Weddings, school, funerals and organized team sports are exempt, and larger gatherings will also be allowed if the household or “support bubble” is larger than six.

Government ministers and scientists took to the airways to urge Britons not to let down their guard.

“We’ve been able to relax a bit over the summer … but these latest figures really show us that much as people might like to say ‘Oh well, it’s gone away’ — this hasn’t gone away,” said Dr. Jonathan Van-Tam, the government’s deputy chief medical officer.

He said while the rise in infections is “much more marked” among people between 17 and 21, he was concerned about a “more general and creeping geographic trend” across the U.K.

“People have relaxed too much,” he said. “Now is the time for us to re-engage and realize that this is a continuing threat.”

The U.K. has Europe’s worst death toll from the virus, with nearly 41,600 deaths within 28 days of testing positive. The actual toll is believed to be far higher as the government tally does not include those who died without having been tested.

The spike in U.K. cases follows big daily case increases in Spain and France, both of whom have seen rising numbers of COVID-19 patients being hospitalized. Spain saw an average of 8,800 new cases a day over the weekend, and France has been recording over 5,000 a day.