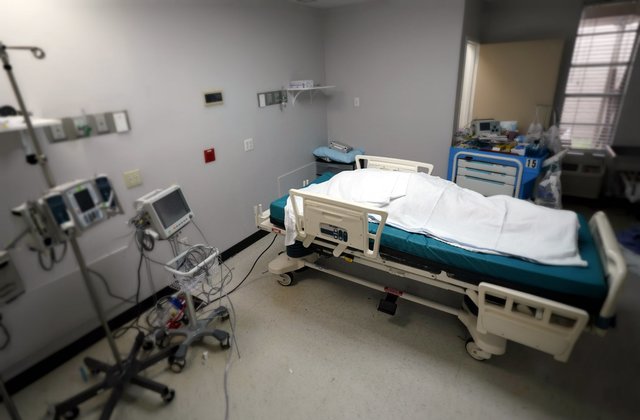 The V.I. Department of Health Thursday night confirmed the 19th coronavirus death in the U.S. Virgin Islands, coming just days after the 18th fatality, which occurred on Monday.

The deceased was 82 years old, and he was a resident of St. Thomas, according the department.

D.O.H. reported only four new cases of the virus on Thursday: 1 on St. Croix and 3 in St. Thomas. St. John remained unchanged.

The department was tracking 59 active cases Thursday: 6 on St. Croix, 51 in St. Thomas and 2 on St. John, according to data D.O.H. provided.

The U.S. Virgin Islands has among the highest Covid-19 related deaths Per Capita in the world, according to the Institute for Health Metrics and Evaluation (IHME) at the University of Washington’s School of Medicine (via PR News Wire).

“Under the most likely of IHME’s scenarios, the nations with the highest per capita total deaths would be the U.S. Virgin Islands, the Netherlands, and Spain,” wrote IHME in its report. “By World Health Organization region, this scenario projects 959,685 total deaths by January 1 in the Region of the Americas, 667,811 in the European Region, 79,583 in the African Region, 168,711 in the Eastern Mediterranean Region, 738,427 in the South-East Asia Region, and 191,598 in the Western Pacific Region.”

“These first-ever worldwide projections by country offer a daunting forecast as well as a roadmap toward relief from COVID-19 that government leaders as well as individuals can follow,” said IHME Director Dr. Christopher Murray. “We are facing the prospect of a deadly December, especially in Europe, Central Asia, and the United States. But the science is clear and the evidence irrefutable: mask-wearing, social distancing, and limits to social gatherings are vital to helping prevent transmission of the virus.”

A “worse case” in which mask usage stays at current rates and governments continue relaxing social distancing requirements, leading to 4.0 million total deaths by the end of the year;

A “best case” of 2.0 million total deaths if mask usage is near-universal and governments impose social distancing requirements when their daily death rate exceeds 8 per million; and

A “most likely” scenario that assumes individual mask use and other mitigation measures remain unchanged, resulting in approximately 2.8 million total deaths.