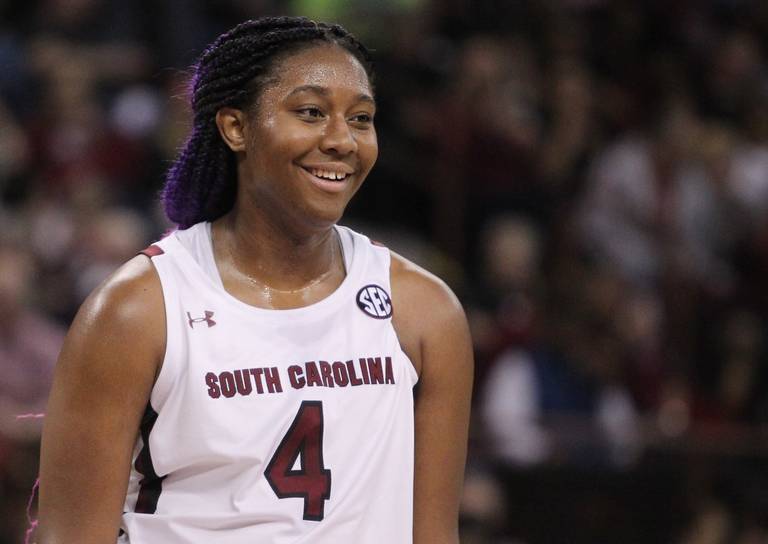 There will be a Virgin Islander on national TV in one of the premier games of the Women’s Basketball regular season slate, as St. Thomas native Aliyah Boston and No. 2/1 South Carolina (15-1) take on No. 3/No.5 Connecticut (12-1) on Fox Sports 1 at 8 p.m AST on Monday. Boston has been averaging a double-double in her sophomore year campaign with 13.7 points and 11.3 rebounds to go along with 2.9 blocks per game this season.

South Carolina’s lone loss this season was an early-season defeat against NC. State, who are ranked No. 4 in the AP poll and No. 2 in the coaches’ poll. It was the team’s first loss since Nov. 2019 when Boston and the Gamecocks lost in Paradise Jam to then No. 2 Baylor.

The Gamecocks ended last season as the No. 1 in the rankings but were unable to compete in the NCAA tournament to cement themselves as the national champions because of the Covid-19 pandemic.

Boston is a major part of the Gamecocks’ success since she has arrived in Columbia, and was the consensus National Freshman of the Year, Lisa Leslie Center of the Year and SEC Defensive Player of the Year. This year, she was one of two unanimous selections on the Preseason AP All-American Team.

Boston was named to the Wooden Award Late Season Top 20 earlier this month.