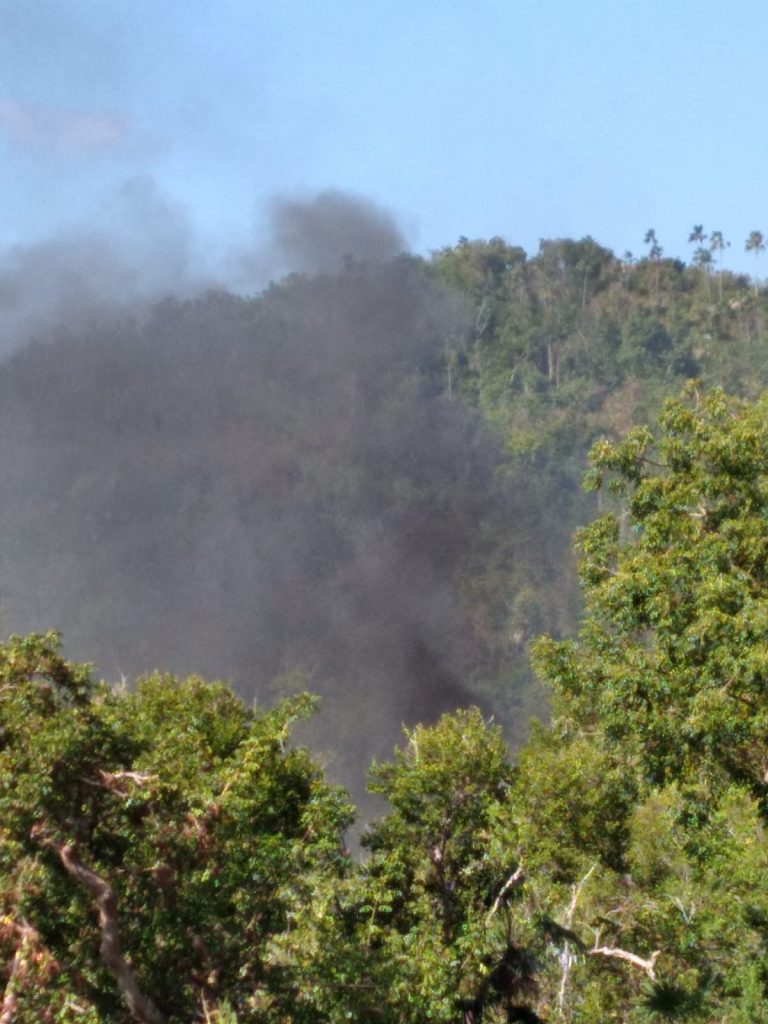 A helicopter crash in the Botany Bay area Monday afternoon took four lives, the V.I. Territorial Emergency Management Agency confirmed, but little else had been released officially about the incident as of Monday evening.

At 6:45 p.m. the Virgin Islands Emergency Management Agency sent a statement saying only that the crash had taken place at approximately 3 p.m. and that a number of V.I. government agencies had responded to the site.

At 7:39 p.m. VITEMA confirmed four dead, as a search of the crash site continued. None of the deceased were identified pending notification of next of kin.

Informed sources said four people and the pilot were aboard the craft when it left the Cyril E. King Airport Monday afternoon for the short trip to the western end of St. Thomas.

Fire Services Director Daryl A. George Sr., the incident commander, said late Monday night the crash happened in a heavily wooded area. First responders, were able to find the crash site and quickly extinguish the fire. However, he said, due to the dense bush and quickly darkening conditions, the search would continue in the morning.

He expressed his gratitude to all the emergency service personnel who participated at the scene and his deepest condolences to the families of the deceased.