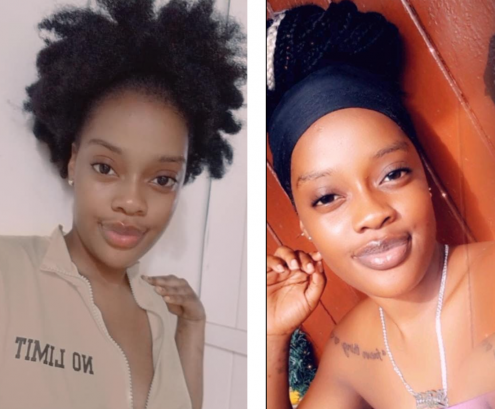 Guyana police are searching for the boyfriend of a woman, whose body was found in a shallow grave on Friday.

Police said that the 15-year-old sister of Shonnette Dover, led investigators to the area where the body was buried after she had been shot by her boyfriend, while he was cleaning a gun on the night of April 3.

He later buried her in the backyard of his house at Canvas City, Wismar in Linden, in the presence of his father.

The police said that the father and the 15-year-old girl remain in custody while the search continues for the boyfriend, Shaquan Allen.

The police said that they had questioned the teenager on Thursday evening in the presence of a Child Care and Probation Officer and videotaped the interview.

The child alleged said that on the night the victim went ‘missing’, the boyfriend was oiling “his brownish gun in the sister’s living room.” He then pointed the gun at Dover, who told him “he like play and he should put away that thing.”

The 15-year-old old further said that she then heard a sound like a squabble and Allen said: “oh shoots, I shoot that girl.”

According to the child, she saw her sister’s mouth open and blood on her face. She claimed she told Allen they should take her sister to the hospital but he said “no she dead already.”

He then accompanied the sister to his father and told him what he did and his father said to him: “Don’t tell (me) stupidness, why (you) playing with the gun?”

They subsequently left and collected a spade from a man and dug a hole aback the house where the victim was buried; the suspect then hid the gun.

Police on Friday dug up the grave where they discovered the partly decomposed body of a female.

They said due to the decomposed state of the body, it was difficult to see any marks of violence on the most exposed parts of the body which has been transferred to the Pensioners Mortuary where an autopsy will be performed.

KILLER WAS “WILLING TO PAY ANY AMOUNT” TO FIND DOVER

Shaquawn Alleyne, the boyfriend and suspected killer of Shonette Dover, had said that he was willing to pay any amount of money just to know whether the young woman was fine.

In a Facebook post on April 6, some three days after Dover’s family and friends realised that she disappeared, Alleyne wrote: “anybody with info I begging (you) to please come forward I willing pay any amount of money just know that she is fine.”

In that same post, he pleaded with her to make contact with her loved ones if she was “out there”, adding that everyone was “worrying sick”. But all this time, Alleyne had allegedly already killed her and buried her in his backyard in the presence of his father and Dover’s 15-year-old sister. He and the sister were also part of the numerous search parties for Dover.

According to police reports, the 15-year-old sister confessed to detectives that she saw when Alleyne shot and killed her on the night of April 3 and then later buried her in the backyard of his house, in the presence of his father.

However, from the numerous Facebook posts made by Alleyne following the young woman’s disappearance, it appeared otherwise.

In the same April 6 post, Alleyne recounted that Dover left the house on the afternoon of April 3 but never arrived at work. He said that she was last seen by her big brother on the MAckenzie shore with an unknown woman.

On subsequent days, he shared posts with other missing women and updates on Dover.

Meanwhile, police have issued a wanted bulletin for Alleyne, for questioning in relation to the murder committed between April 3 to 30, 2021. Police said that his alias is “Iswe”, which is the name on his Facebook page.

Anyone with information that may lead to the arrest of Shaquawn Alleyne is asked to contact the police on telephone numbers 444-3406,