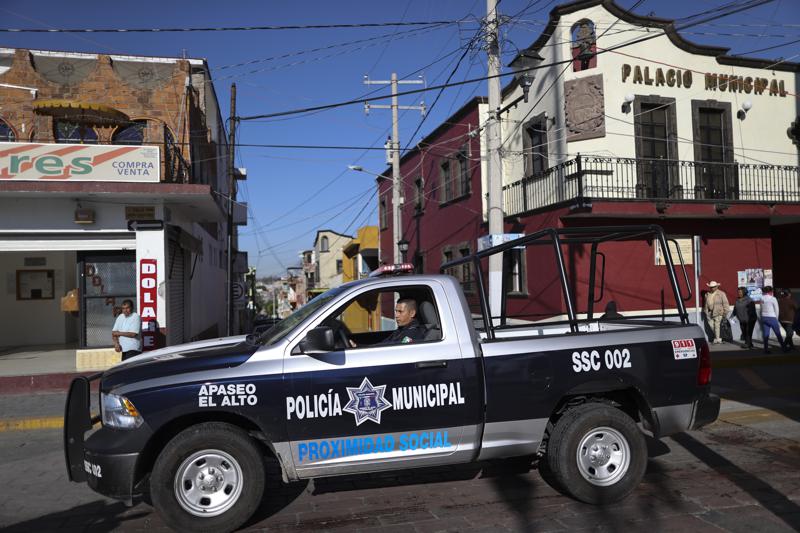 The notoriously violent Jalisco cartel has responded to Mexico’s “hugs, not bullets” policy with a policy of its own

The cartel kidnapped several members of an elite police force in the state of Guanajuato, tortured them to obtain names and addresses of fellow officers, and is now hunting down and killing police at their homes, on their days off, and in front of their families.

It is a type of direct attack on officers seldom seen outside of the most gang-plagued nations of Central America and poses the most direct challenge yet to President Andrés Manuel López Obrador’s policy of avoiding violence and rejecting any war on the cartels.

But the cartel has already declared war on the government, aiming to eradicate an elite state force known as the Tactical Group which the gang accuses of treating its members unfairly.

“If you want war, you’ll get a war. We have already shown that we know where you are. We are coming for all of you,” reads a professionally printed banner signed by the cartel and hung on a building in Guanajuato in May.

“For each member of our firm (CJNG) that you arrest, we are going to kill two of your Tacticals, wherever they are, at their homes, in their patrol vehicles,” the banner read, referring to the cartel by its Spanish initials.

Officials in Guanajuato — Mexico’s most violent state, where Jalisco is fighting local gangs backed by the rival Sinaloa cartel — refused to comment on how many members of the elite group have been murdered so far.

But state police publicly acknowledged the latest case, an officer who was kidnapped from his home on Thursday, killed and his body dumped on a highway.

Guanajuato-based security analyst, David Saucedo, said there have been many cases.

“A lot of them (officers) have decided to desert. They took their families, abandoned their homes, and they are fleeing and in hiding,” Saucedo said. “The CJNG is hunting the elite police force of Guanajuato”.

Numbers of victims are hard to come by, but Poplab, a news co-operative in Guanajuato, said at least seven police officers have been killed on their days off so far this year. In January, gunmen went to the home of a female state police officer, killed her husband, dragged her away, tortured her and dumped her bullet-ridden body.

Guanajuato has had the highest number of police killed of any Mexican state since at least 2018, according to Poplab. Between 2018 and May 12, a total of 262 police have been killed, or an average of about 75 officers each year — more than are killed by gunfire or other assaults on average each year in the entire United States, which has 50 times Guanajuato’s population.

The problem in Guanajuato has gotten so bad that the state government published a special decree on May 17 to provide an unspecified amount of funding for protection mechanisms for police and prison officials.

Unfortunately, organised crime groups have shown up at the homes of police officers, which poses a threat and a greater risk of loss of life, not just for them, but for members of their families,” according to the decree.

“They have been forced to quickly leave their homes and move, so that organised crimes groups cannot find them,” it reads.

State officials refused to describe the protection measures, or comment on whether officers were to be paid to rent new homes, or if there were plans to construct special secure housing compounds for them and their families.

“This is an open war against the security forces of the state government,” Saucedo noted.

López Obrador campaigned on trying to deescalate the drug conflict, describing a “hugs, not bullets” approach to tackle the root causes of crime. Since taking office in late 2018, he has avoided openly confronting cartels, and even released one capo to avoid bloodshed, saying he preferred a long-range policy of addressing social problems like youth unemployment that contribute to gang membership.

But former US Ambassador Christopher Landau said in April that López Obrador views the fight against drug cartels “as a distraction … So he has basically adopted an agenda of a pretty laissez-faire attitude towards them, which is pretty troubling to our government, obviously.”