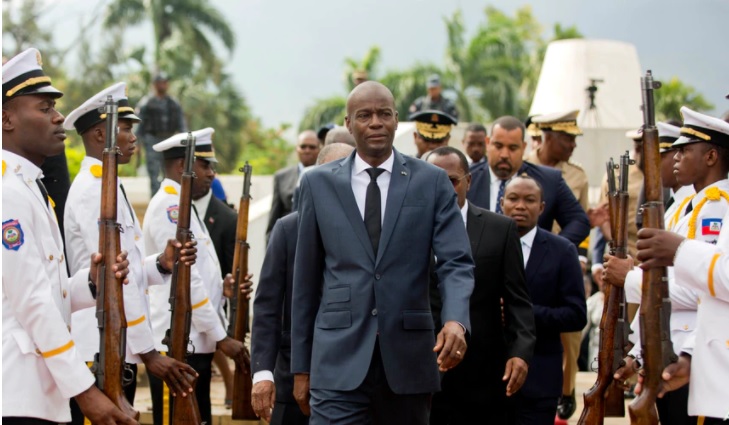 Following the assassination of Haiti’s President Jovenel Moise and injury to his wife, Martine, Interim Prime Minister Claude Joseph has declared a state of siege in that country.

The announcement was made via a radio and television broadcast on Wednesday July 7 where Joseph, who Moise had earlier this week replaced with Ariel Henry, as the seventh head of a government since 2017, revealed that the killers appeared to be foreigners.

The state of siege is a legal instrument used by the Haitian government in the event of imminent danger such as armed insurrection or foreign invasion towards the nation.

It generally consists of several provisions which includes the replacement of the local police with the army for public security and the restriction of certain freedoms such as the movement of people and protests.

“The first pieces of information we have is that it is a group of English and Spanish speaking individuals with large caliber weapons who killed the President of the Republic,” Prime Minister Joseph stated

He added, “As head of Government still in office, this morning I convened a Special Superior Council of the National Police (CSPN) in the strict application of article 149 of the Constitution …where we decided to declare the state of siege over the whole country.”

Must stand together as one to condemn the act

Joseph also urged the country to keep calm despite the turmoil stating that all must stand together as one to condemn the assignation of the president.

He said, “Haitian people keep calm because the situation is under control,” he said, adding “President Jovenel Moïse will not be dead without justice being done, you can kill him, but you cannot kill his ideas.”

“I ask all the vital forces of the nation to help us in the battle, in the continuity of the State, because it is democracy, it is the Republic which must win, the black forces will lose,” he added.

Wife in stable but critical condition

Meanwhile, despite rumours which suggested that Martine had succumbed to her injuries, Haitian Ambassador to the United States Bocchit Edmond confirmed she was in stable but critical condition and revealed that efforts were under way to airlift the first lady to Miami for treatment.