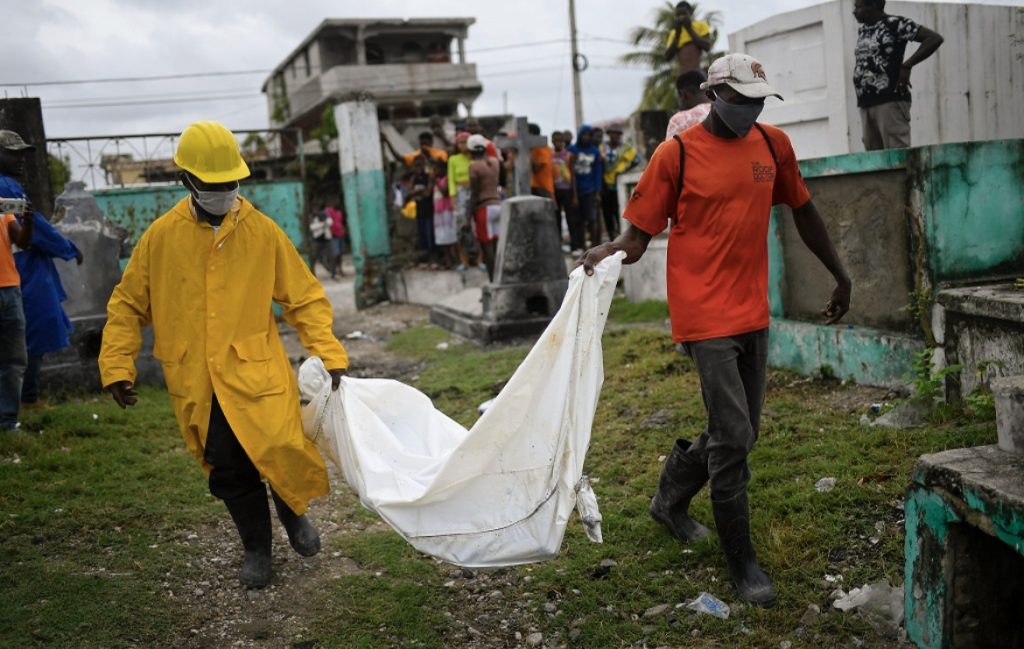 Haiti would need an estimated US$1.2 billion to deal with the initial damage caused by the August 14 earthquake according to an initial impact assessment report discussed Monday during a technical steering committee meeting chaired by Prime Minister Ariel Henry.

The meeting was attended by senior government ministers as well as representatives of the Tripartite Partnership involving the United Nations, the European Union and the World Bank.

Henry spoke also of the availability of the Inter-American Development Bank (IDB) which is at the forefront, alongside other national and international stakeholders, in the planning of post-earthquake reconstruction.

“We have the firm will to orient reconstruction on the path of sustainable development,” he said encouraging all local and international actors to work rigorously in order to provide the government and its partners with adequate tools to better frame their interventions for the benefit of the earthquake victims.

The meeting formed part of the assessment of damage, losses and post-earthquake needs 2021, in the Southern Peninsula (PDNA-2021 / Post Disaster Needs Assessment).

The United Nations Deputy Resident Coordinator in Haiti, Maureen Bermingham said she saw this exercise as an opportunity not only for the physical reconstruction of the country but also for social reconstruction.

The World Bank Resident Representative in Haiti, Msellati Laurent, in his remarks confirmed the readiness of his institution to align with the proposals that will be made by the partners of the United Nations and also the European Union and the IDB.

He said that following the first satellite impact assessment, the results showed that the damage caused by the earthquake would require the disbursement of US$1.12 billion.

The technical steering committee has six weeks to finalize the preliminary version of the PDNA, produce the physical and economic reconstruction plan for the southern peninsula and organize the meeting of donors in order to have funds to finance the plan.

“It is essential that each actor has in mind the objectives that we have set for ourselves, along with the six-week deadline to complete the entire process and begin to provide, with serenity and speed, lasting responses to this disaster,” Prime Minister Henry said.