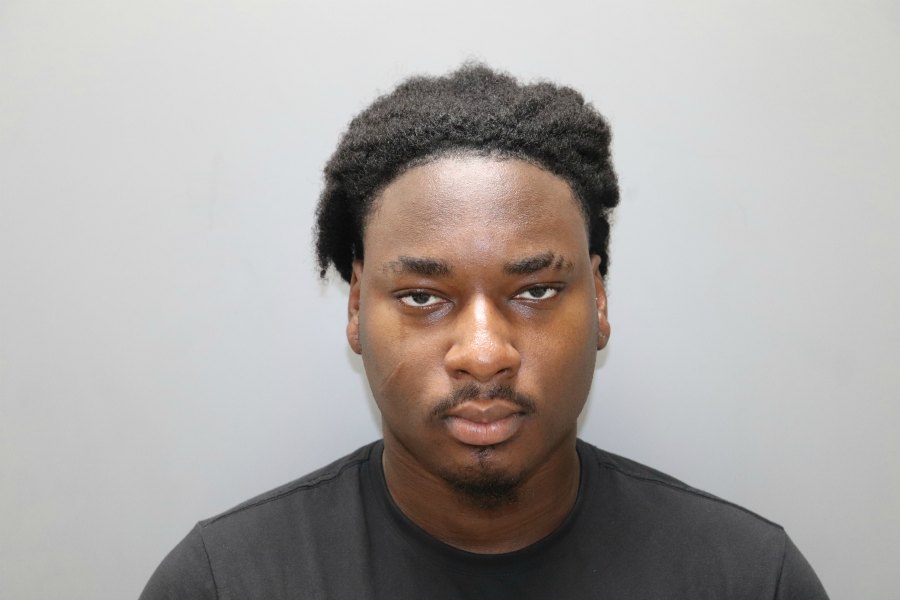 ST. THOMAS — The V.I. Police Department has moved swiftly to identify, arrest and charge a suspect in connection with Saturday afternoon’s Home Depot parking lot shooting that left a 20-year-old woman dead. V.I.P.D. Commissioner Nominee Ray Martinez also called on the community to stop sharing videos of the victim of this and other violent crimes, stating that it brings more pain to already grieving families while also affecting cases as persons seen in these videos refuse to cooperate with investigations.

“At 6:30 p.m. Sunday we officially arrested and charged 23-year-old Justin A. Matthews with the first-degree murder of Ms. Keoner Barron,” Mr. Martinez told the Consortium. Matthews was previously held in custody as a person of interest, but the police force was able to move quickly on the case in part because of overwhelming community support, the commissioner nominee said.

Mr. Martinez said information provided by the community also led police to a vehicle that was used as part of the crime which he said is very useful for evidentiary purposes.

Relative to the individuals recording these violent incidents and sharing them on social media, the commissioner said, “We’ve got family members who are already going to be suffering from the loss of a loved one, and then there’s all these individuals who believe they are social media reporters now that are videoing these incidents and putting them up on social media. Mr. Martinez called the action callous. “There’s no care or empathy for the families of these individuals. This is someone’s loved one,” he said.

Matthews was previously arrested on Saturday, June 20, 2020  for stalking a woman whose boyfriend Matthew had an altercation with, the V.I. Police Department announced at the time.

The victim reported that she was continuously being stalked and harassed by Matthews after he was involved in an altercation with the victim’s boyfriend. According to the June 2020 V.I.P.D. release, the victim reported that the harassment started in December 2019. The victim, who at the time had a baby, also expressed concern for her safety, according to the V.I.P.D. release.

Mr. Martinez told the Consortium Saturday that reports of the incident came in at 4:10 p.m. and police immediately responded to the scene. He said the suspect drove to the parking lot, shot the victim several times and proceeded to flee the scene.

EMS personnel responded to the scene and the victim, reportedly an employee of Home Depot, was transported to the Schneider Regional Medical Center by ambulance for emergency care. She later succumbed to her injuries.

The homicide was the seventh for the island of St. Thomas for 2021 and the territory’s 32nd, according to police records provided by V.I.P.D. Public Information Officer Toby Derima. The V.I.P.D. has not classified the Vista Concordia incident, where a woman was founded dead with stab wounds, a homicide.

If you have information about this incident, call the V.I.P.D.’s Criminal Investigation Bureau at 340-714-9830.