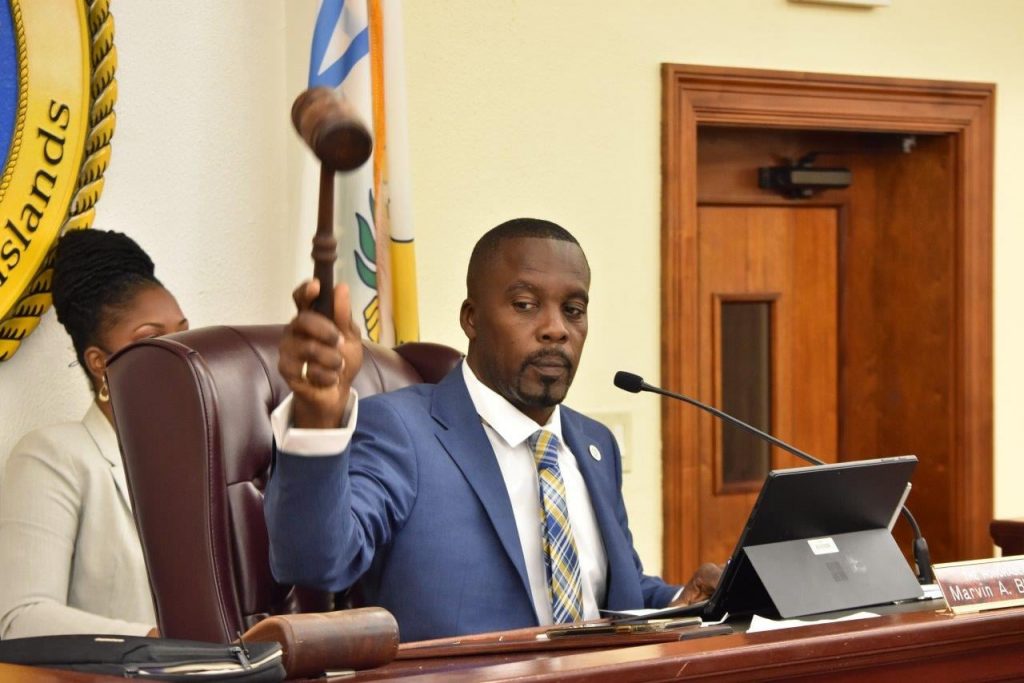 Senator Marvin Blyden may be stripped of his Majority Leader position in the Senate, following Mr. Blyden’s flouting of the V.I. Dept. of Health’s Covid-19 protocols after he admitted to testing positive twice the same day for Covid-19 and attending a party two days later.

It is important to note that the leadership of the 34th Legislature instituted Covid-19 protocols to protect senators, employees and the public from the spread of the coronavirus, stated the release. “This matter is extremely serious in nature, and we have to ensure the public that we take the coronavirus pandemic seriously. We cannot hold Senators to different standards, if anything, Senators must be held to a higher standard, as we represent the people of the territory,” said Ms. Frett-Gregory.

In an interview with the Consortium, the Senate president called the matter egregious and said she expects the committee to move swiftly. “I have asked the committee to convene by the end of this week to conduct the investigatory work. Once they have conducted their investigatory work and they send their report up to the Senate president and the entire body, we will move forward with the next steps,” she said.

“We cannot take this matter lightly because based on the information that has been shared with us, this matter is very egregious in nature,” she added.