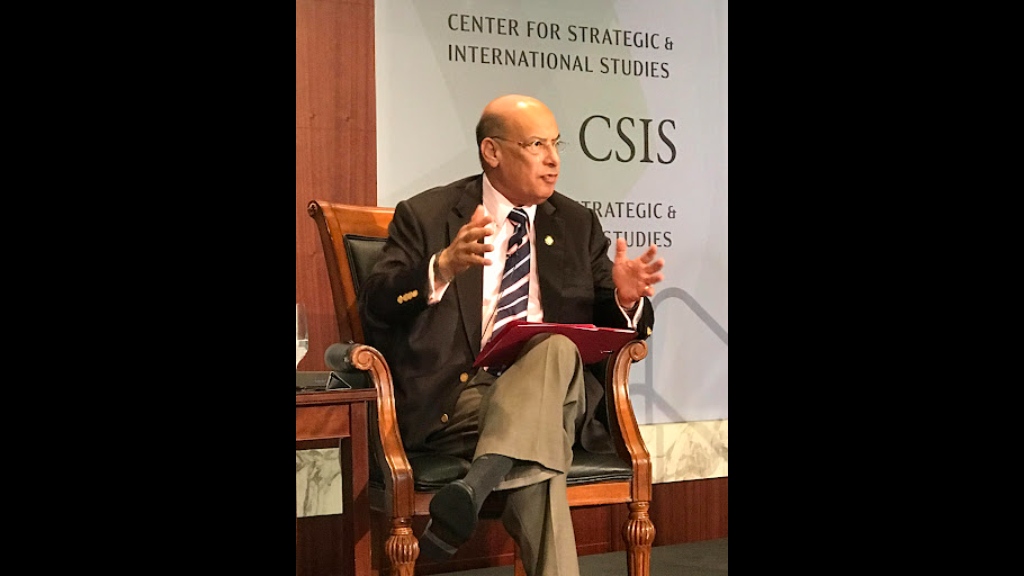 The Caribbean Community (CARICOM) Monday called on member states of the Organization of American States (OAS) to do more to deal with the situation of violence against women, noting that “violence and harmful practices against women and girls remain pervasive in every part of the world”.

Antigua and Barbuda Ambassador to the OAS, Sir Ronald Sanders, speaking on behalf of the Delegations of the CARICOM Group, told the Special Meeting of the OAS Permanent Council, much more needs to be done by individual member states to safeguard the women in the hemisphere from violence and the silent complicity against them that continues to exist.

“This includes laws that are adopted but are either ignored or are discriminatory in their application.

It also includes the attitudes of religious groups which insist on a woman’s obedience in an abusive marital relationship,” Ronald said as the hemispheric body observed International Day for the Elimination of Violence against Women.

“In reality, Mr Chairman, despite all the platitudinous statements that are made annually in this Organisation and others, violence and harmful practices against women and girls remain pervasive in every part of the world.”

The Antigua and Barbuda diplomat said that the statistics speak for themselves, noting that almost 60 per cent of all female victims of homicide around the world is at the hands of intimate partners or family members.

“At least one of every three women around the world has been beaten, coerced into sex, or otherwise abused in her lifetime with the abuser usually someone known to her. That means 30 per cent of all women are known to have suffered in this way. And that is the reported and recorded 30 per cent; it does not take account of those women among us who suffer in silence, in fear, or in embarrassment.

Seventy-one per cent of victims of human trafficking worldwide are women and girls.”

Ronald said that even in conditions of human suffering, women continue to be victims of violence with little regard for their continuing exposure to ill treatment by partners or family members.

“For instance, the situation of refugees is especially worrying because women and girls are compelled to remain in conditions where neither laws nor regulations provide them with protection, and, indeed, they are exposed to further abuse by their guards.”

He said additionally, lockdowns during the coronavirus (COVID-19) pandemic and its social and economic impacts, have also increased the exposure of women to abusive partners and family members while limiting their access to getting help.

The diplomat said that the evidence of such abuse is largely anecdotal, but it is prevalent and persistent enough to warrant a study, leading to recommendations concerning how to avoid such conditions in the future.

This is a study that the Inter-American Commission on Women might consider undertaking, Ronald said, adding that in epidemiological terms, gender-based violence qualifies as a pandemic.

“We are neglecting it, without developing an appropriate response to stop its spread and infection.

Mr Chairman, we, in the CARICOM countries, are not exempt from these continuing events of violence against women, nor are we absolved from the practices within power structures that fail to defend women.”

Sir Ronald said that a recent study showed that, in the Caribbean, 46 per cent of women across five countries, have experienced at least one form of violence – physical, sexual, economic, or emotional.

He said the study also showed that Caribbean women do better than their counterparts around the world in terms of access to education and formal employment, ”but these conditions, while welcome, are not a reason for our governments and institutions to relax our efforts to end violence against women.

“We recognize the urgency of continuing efforts to protect women, who are our mothers and grandmothers, sisters and nieces, and our wives and partners. Of particular concern is our persistent culture of silence that surrounds abuse in homes and workplaces.”

Sir Ronald thanked international partners such as UN Women, US AID, Canada, the United Nations Development Programme (UNDP) as well as the Inter-American Development Bank for their help in bolstering the framework for protection.

“There is much work to be done in all the member states and by this Organisation and its organs, such as the Inter-American Commission of Women, but we will not do enough – and we will not act quickly enough – unless all our member states do more than this annual observation, as important as it is.

“The day for the Elimination of Violence Against Women should be every day – in all that we do – until our women and girls enjoy lives without violence,” Ronald added.