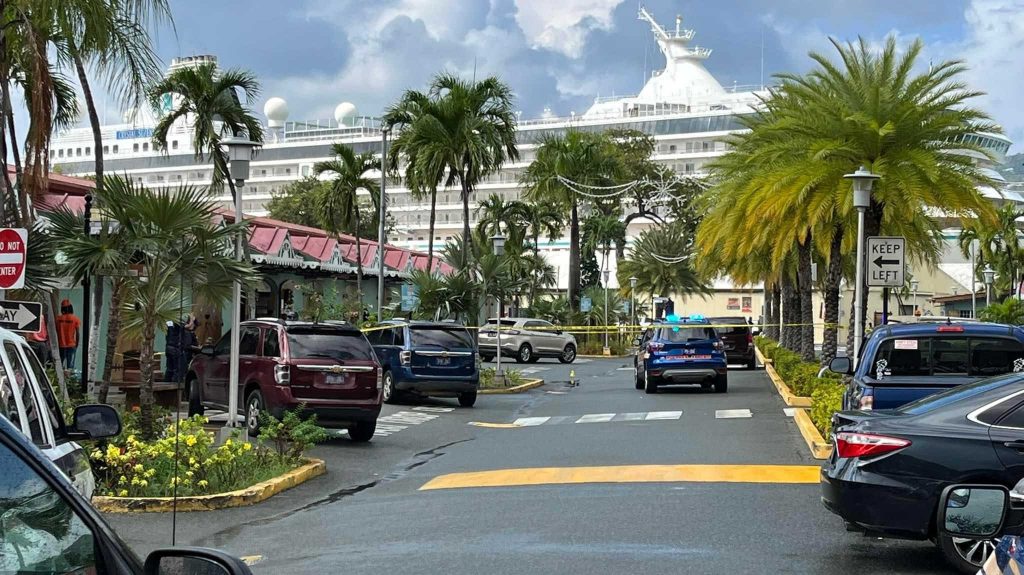 ST. THOMAS — A woman who was shot in the chest during the Dec. 4 robbery and shooting at the Glitter’s Jewelry Store at the Havensight Mall died Sunday, Police Commissioner Ray Martinez has confirmed to the Consortium.

The victim, identified as 56-year-old Gregorianna Julien, was an innocent patron shopping for items when gunmen stormed the store, shooting at the security guard and severely injuring him. The female patron then started screaming and attempted to run outside, but the suspects grabbed and pushed her back inside and shot her point blank in the chest, according to a person who has viewed surveillance footage of the crime.

Mr. Martinez told the Consortium that Ms. Julien died while in Connecticut. He did not have information at time of publishing relative to whether she was at a hospital in the state receiving care when she passed. “Right now detectives are in communication with the local police department in Connecticut, where she died,” the commissioner said. “We are awaiting results of an autopsy and at that time we will confer with prosecutors at the V.I. Dept. of Justice to determine whether we will upgrade charges.”

The commissioner said the news of Ms. Julien’s passing deeply affected him, and he called on the community to keep the victim’s family in prayer. “We extend our deepest condolences and prayers to the family. I am personally asking the community to do the same during this difficult time,” he said.

He said the V.I.P.D. would continue to vigorously investigate the case until those responsible feel the punishing hand of the law.

Four suspects were arrested ten days after the V.I. Police Department released a video clip showing the masked men who robbed the jewelry store. They included three minors and one adult, all of whom are facing more than twenty counts for the criminal offenses, and possibly a new charge of murder in light of Ms. Julien’s death.

Mr. Martinez announced the arrests in a news conference on Friday, Dec. 17. “On Thursday, December 16th, 2021, detectives of the Criminal Investigations and Juvenile Bureaus with the assistance of investigators of the Department of Justice, Criminal Investigations Division, arrested 18-year-old Micaiah Cozier and three minor males were taken into protective custody for their involvement in the Glitter’s robbery and shooting,” Mr. Martinez said.

The commissioner said the men were arrested during the evening time of Thursday, Dec. 16 at approximately 8:00 pm. He did not divulge details relative to how and where the arrest action was conducted.

V.I. Attorney General Denise George said at the time that Cozier appeared before a judge in the V.I. Superior Court for his advisement hearing Dec. 17. “Probable cause was found for 21 charges,” she said while reminding the public that due to the territory’s laws, her office could not release any information with respect to the juveniles.

Bail for Cozier was set at $500,000. “Unable to post bail he was remanded to the Bureau of Corrections pending his advice of rights hearing while the minors were taken into protective custody by a Juvenile Bureau pending their advise of rights hearing before the family court,” Mr. Martinez said.