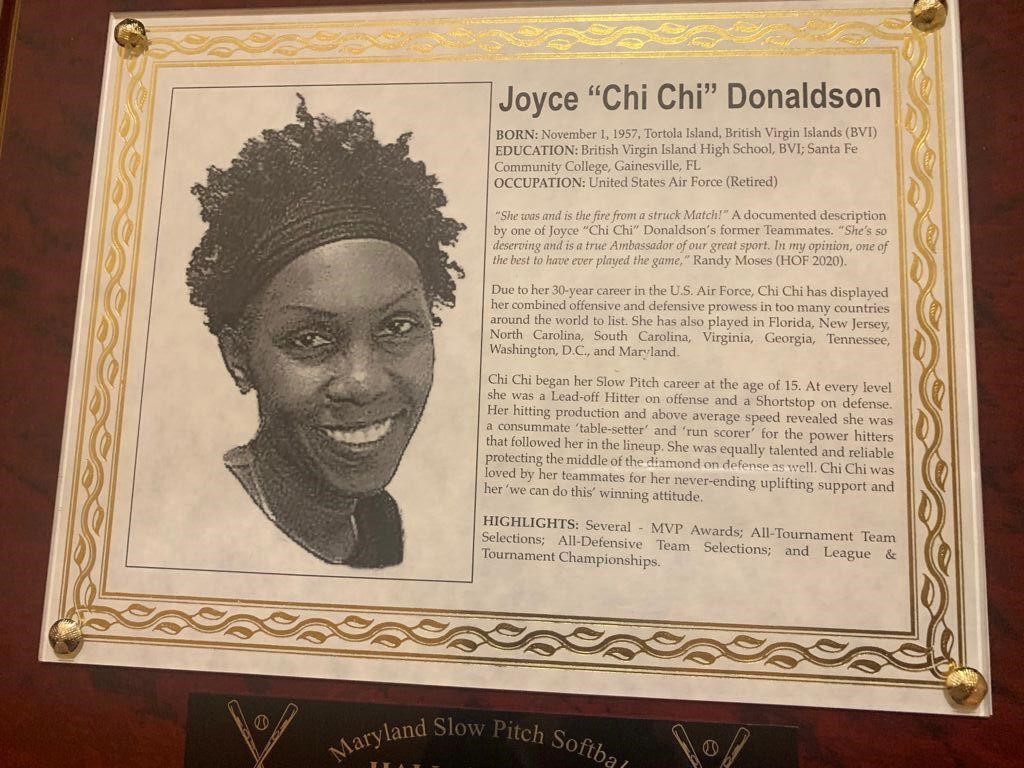 In an official comment she said, “The honor of being inducted is difficult to come by and even more difficult for non-Maryland natives. So as a woman from the Caribbean, it’s an extreme honor to have been selected.”

“Chi Chi” began her Slow Pitch career at the age of 15. At every level she was a Lead-off Hitter on offense and a Shortstop on defense. Her hitting production and above average speed revealed she was a consummate ‘table-setter’and ‘run scorer’ for the power hitters that followed her in the lineup.

She was equally talented and reliable protecting the middle of the diamond on defense as well. “Chi Chi” was loved by her teammates for her never-ending uplifting support and her ‘we can do this’ winning attitude.

Due to her 30-year career in the U.S. Air Force, “Chi Chi” has displayed her combined offensive and defensive prowess in too many countries around the world to list. She has also played in Florida, New Jersey, North Carolina, South Carolina, Virginia, Georgia, Tennessee, Washington, D.C., and Maryland.

What her teammates say about her:

She was and is the fire from a struck Match!”-A documented description by one of Joyce “Chi Chi” Donaldson’s former Teammates.

“She’s so deserving and is a true Ambassador of our great sport. In my opinion, one of the best to have ever played the game,”Randy Moses (HOF 2020).