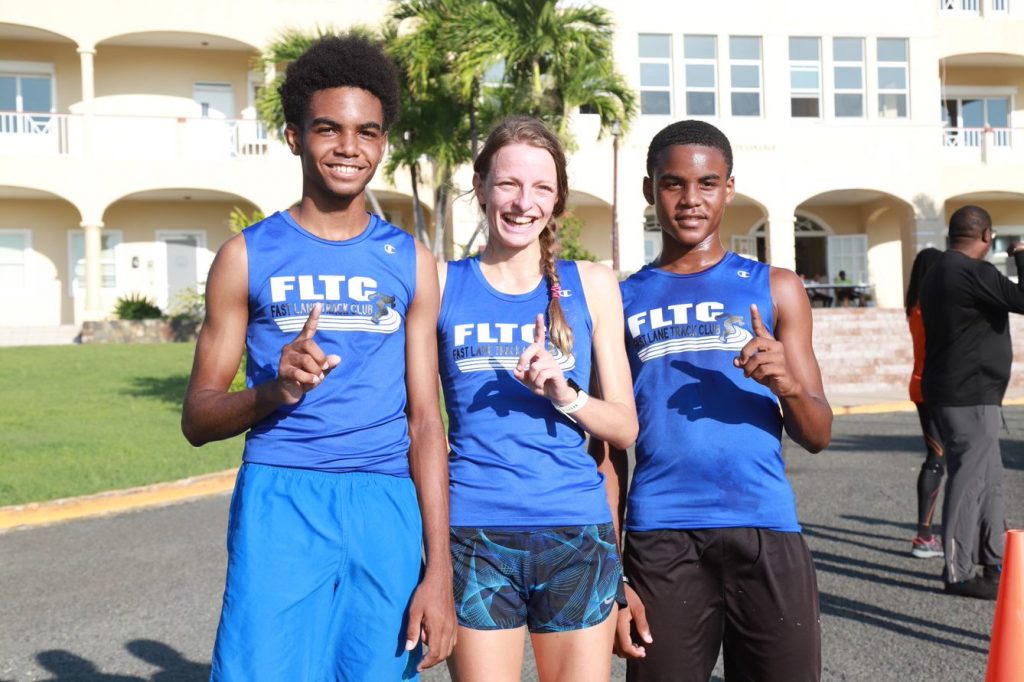 The event, which showcased the second edition of the College Classic Elite Relay Exchange, crowned the Fast Lane Track Club consisting of Kaleb Lynch, Katrina Lindsay and Jonathan Lynch as champions with a winning time of 37 minutes, 25.0 seconds.

Both Jonathan Lynch and Katrina Lindsay have been dominating the series individually thus far and together their team easily took the victory over 17 other teams that participated.

Amongst the teams was also the internal Battle of the Service Clubs, with the Rotary Club of Tortola continuing its longstanding reign.

The event also showcased an open one-mile race with Ethan Mohammed placing first for the boys in a time of 8 minutes, 41.18 seconds followed by Tre’Kyron Martin and James Domican placing second and third respectively. Eshanna Shaheed was first for the girls.

Race Director, Mrs. Stephanie Russ Penn said, “The Elite Relay Exchange has been an excellent addition to the race series. I look forward to it potentially becoming a regular event in the future. It was a very exciting race and much appreciation is extended to all whom participated in this event and throughout the Tortola leg of the series.”

The final event of the race series, under the theme of, “Moving Together for the Fun of It,” will be the Vanessa Rymer Memorial Walk/Run on November 13 at the HLSCC Virgin Gorda Centre.

HLSCC, partnering with the Valley Sound Lions Club and the Road Runners Track and Field and Cross Country Club, will host the event which will also be a race for a cause in support of Diabetes Awareness.

All are encouraged to participate wearing blue and to bring a donation on that day. For more details on the upcoming event, persons are asked to contact Race Director, Stephanie Russ-Penn via telephone at 284-496-7155 or via email at sruss@hlscc.edu.vg.

The College continues to partner with the law firm, Mourant providing a green and safe event.

Participants are asked to bring their own water bottles, and adhere to social distancing and safety measures outlined at all events. Distribution of water otherwise is in reusable cups instead of disposable plastic bottles.