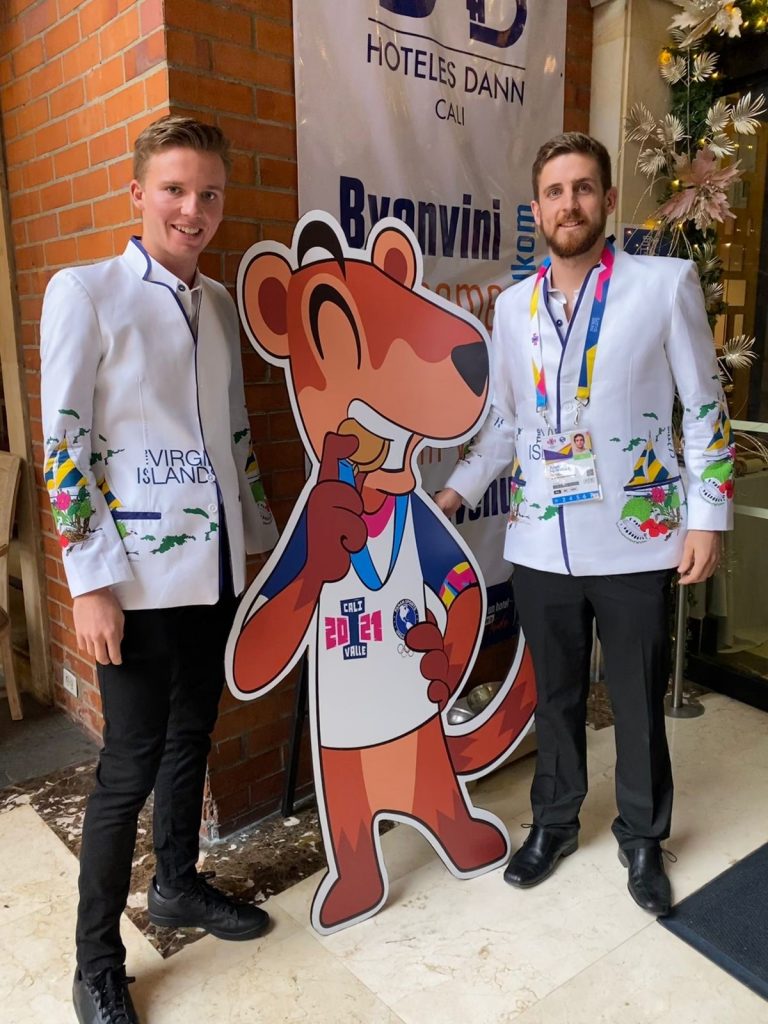 Representing the BVI at the inaugural PanAm Junior Games in Cali, Colombia, squash player Luca Reich was the first athlete of the BVI team to compete at Cali 2021.

After demanding and challenging games, Luca lost out 3-0 to his higher ranked Argentinian opponent, Miguel Gonzalo Pujol on November 26.

Chef de Mission and squash Coach Adam Murrills reports that given that the event is an Under 23 competition, it was always going to be a tough ask competing against the best players in the Pan American region at the young age of 18.

“These events are exactly where Luca wants to be though in the coming years and so getting this experience at such an early stage in his squash development is invaluable!” says Coach Murrills.

Luca played well and, for periods of the match, managed to match the quality of his more experienced opponent. During those periods he was able to finish the points with a few nice winners.

The next stage for Luca is going to be developing the ability to maintain that quality for long periods whilst under pressure and physical duress. This will come with more matches at this level.

Having just started studying at Western University, both player and coach are hopeful that through Western Mustangs’ very strong squash program – Western are the premier squash College in Canada – Luca will be able to train at and become accustomed to this higher level on a regular basis.

“On behalf of myself and Luca, I would like to thank the BVI Olympic Committee for their support and for helping facilitate this fantastic opportunity for Luca!” said Coach Murrills

Luca also got to train with fellow Caribbean players which adds to his time and experience at the inaugural PanAm Junior Games in Colombia.

The BVIOC thanks Luca for representing the territory at the PanAm Junior Games as flag bearer and athlete and to him and Coach Murrills for the time, effort, passion for the sport and commitment to train to compete and represent at international levels.