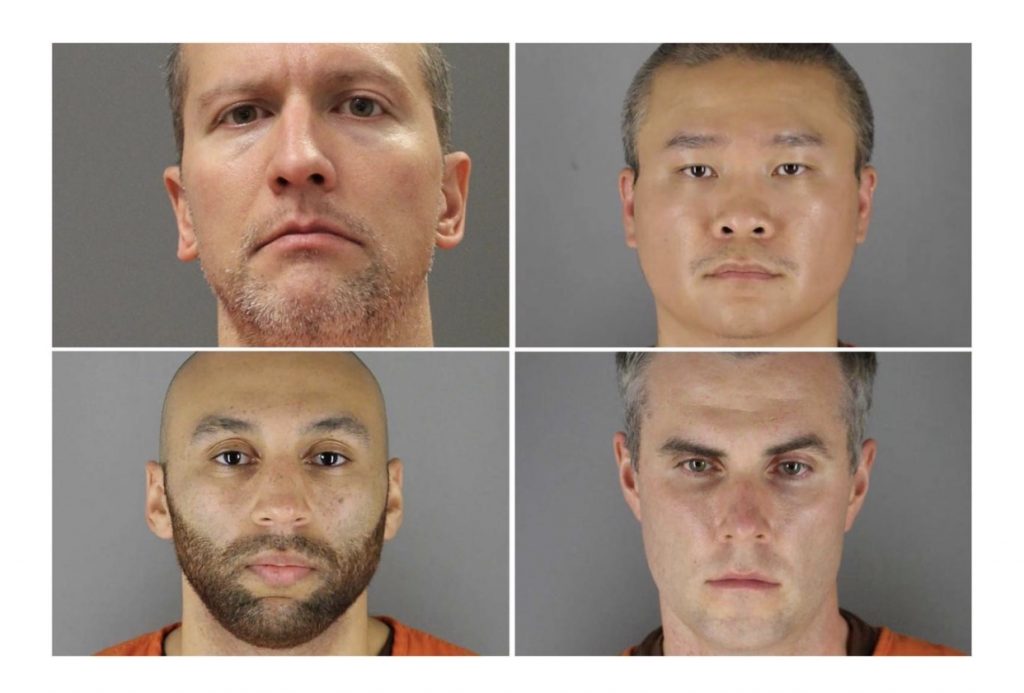 All four former Minneapolis police officers charged in the death of George Floyd are due to appear in court on Friday, where a judge will hear arguments on several key issues, including whether the men should be tried together or separately.

The hearing will mark the first time that Derek Chauvin appears in court in person since being charged with second-degree murder, third-degree murder and manslaughter after kneeling on Floyd’s neck for about nine minutes on May 25.

The incident, in which Chauvin, who is white, and three other former policemen were arresting Floyd in a Minneapolis neighborhood, sparked worldwide protests against racism and calls for police reforms nationwide. Floyd was Black.

The other three former officers – J. Alexander Kueng, Thomas Lane and Tou Thao – are charged with aiding and abetting Floyd’s murder. Kueng, Lane and Thao are all free on bail, while Chauvin is being held in a correctional facility.

All four men are seeking to get the trial moved outside of Minneapolis due to pretrial publicity, and oppose a motion by prosecutors to combine their cases into one trial.

All four men are also seeking to dismiss the charges against them, although the dismissal motions are not on the agenda for Friday’s hearing in front of Hennepin County District Court Judge Peter Cahill.